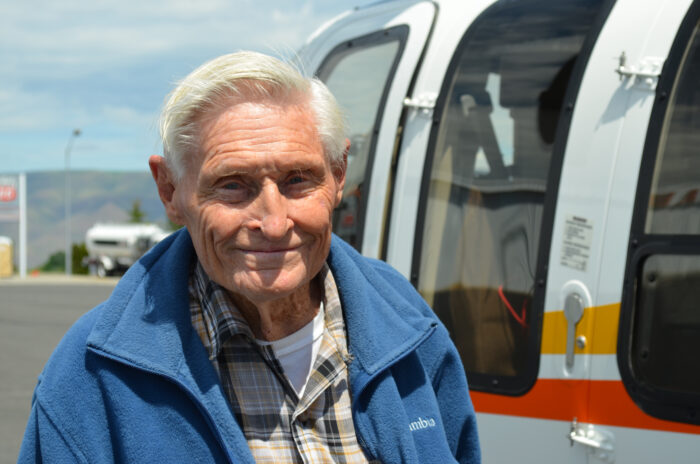 MISSOULA – Smokejumpers who survived a “gobbler” of a wildfire in 1961 will recount their harrowing experience during a special panel event at the University of Montana celebrating an upcoming film featuring the story on Montana PBS.

“Higgins Ridge,” named for the location of the fire in Idaho’s Selway Bitterroot Wilderness, will screen at the Wilma in downtown Missoula on Thursday, Oct. 6. Doors open at 7 p.m. The UM Alumni Association will host a panel discussion with the survivors at 11 a.m. Friday, Oct. 7, in the Brantly Hall Presidents Room. Both events are free and open to the public.

In the film, 12 of the 20 smokejumpers who jumped onto Higgins Ridge on Aug. 4, 1961, share the story of how the fire surrounded them, forcing them to shelter in place. About three hours later, helicopter pilot Rod Snider managed to land on the ridge in smoke and wind and shuttle the smokejumpers to safety. Snider, now 92 years old, is featured in the documentary, along with many of his original photos taken in 1961.

Most of the interviews in the film were collected in 2019 as part of the National Museum of Forest Service History’s Higgins Ridge Oral History Project. The museum partnered with Montana PBS producer and UM alumna Breanna McCabe for technical assistance recording the interviews, and McCabe collected additional interviews and materials to weave the stories into one hourlong film. Montana PBS plans to broadcast “Higgins Ridge” in early 2023.

A teaser of the film is online at https://www.montanapbs.org/programs/higgins-ridge/.