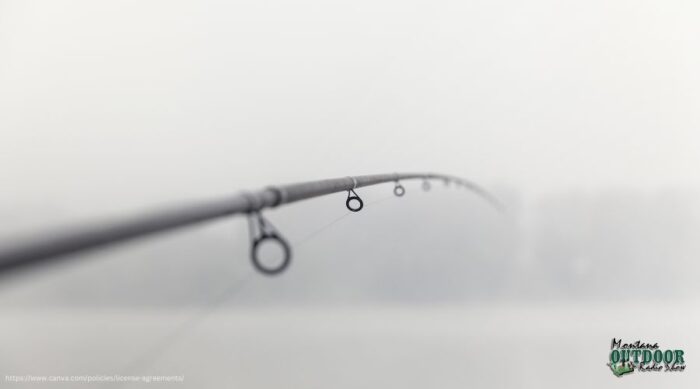 Many hunters, trappers and anglers have some creepy stories from their time outdoors over their lifetime, and some are unexplainable.  In the spirit of Halloween, we wanted to share a few stories today from other sportsmen and women across the country.

Check out this first creepy story of the day by angler, Rick Webster via onthewater.com who thought he was alone but was surprised to find out he wasn’t…

I was fishing the first beach at Sandy Hook in Jersey one late September. When I got to the parking lot and not another car in sight. I set up, soaking clams on two rods before sun-up. As the pre-dawn light began to show over the horizon, a THICK bank of fog rolled in. Slack tide and zero wind…very peaceful but not expecting anything spectacular.

Suddenly, about 500 seagulls that had been resting on the roof of the bath house lifted into the air and began to dive nosily into the surf. The fog was so thick I couldn’t see them, but I could hear them, not 20 yards off the beach. Figuring a blitz of snappers, I sent a 3-ounce Yo-Zuri popper into the fog and immediately came tight on what turned out to be a 12lb Albie. As I was fighting this fish, the fog began to lift and I could see I was surrounded by 25 to 30 other surfcasters. I had no clue how they suddenly appeared as this stretch of beach is wide open, so I would have seen them before the fog came in. No one spoke and the only sounds were screaming gulls and drags as we all enjoyed a rare mix of blues and albies for the next 30 minutes in a classic fall blitz.

As the action died down, the fog rolled in again and I appeared to be all alone again. Since I was tired and a little spooked by the mornings events, I packed up my gear and headed back to the parking lot. Just like when I arrived, mine was the only car there. I have no idea where the other fishermen came from or how they disappeared and to this day, I’m not entirely convinced they were actually there.