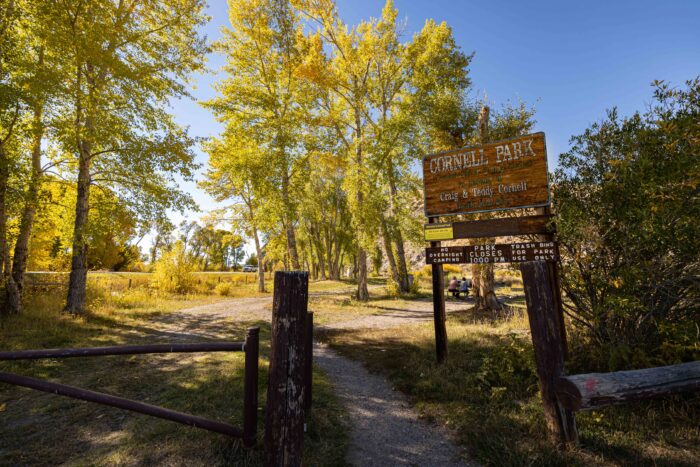 DILLON – A new fishing access site has been permanently established on the Beaverhead River for recreationists to enjoy.

The site has been open to the public for several years. It was previously owned by John and Phyllis Erb, and the Kiwanis Club of Dillon had maintained it for public access since the 1980s. The Erb family expressed interest in donating the property to the public, and the Beaverhead Trails Coalition acquired it in 2020 with the intent of making some site improvements and ensuring perpetual public access.

At that time, FWP and the Beaverhead Trails Coalition formed an agreement with the Beaverhead Watershed Committee, the Kiwanis Club of Dillon, and Montana Trout Unlimited working toward transferring the site to FWP.

FWP published a draft environmental assessment in March that detailed the proposal. In its August meeting, the Montana Fish and Wildlife Commission gave approval for FWP to move forward with the acquisition, which was finalized in September. The site will continue to provide river access and day-use opportunities close to Dillon.

“Completion of this joint effort is one of the major accomplishments of the Trails Coalition for public interests in Beaverhead County,” said Dan Downey, president of the Beaverhead Trails Coalition. “It’s great that Dillon now has a riverside park providing permanent public access to the river.”

“FWP is excited to acquire this new fishing access site so close to Dillon,” said Marina Yoshioka, FWP’s regional supervisor in southwest Montana. “We wish to thank the Beaverhead Trails Coalition for its vision in acquiring and holding the property until FWP could complete requirements to acquire ownership, as well as all other partners who helped make the transfer happen.”

The coalition oversaw several improvements to the property, such as adding fencing around some trees to protect them from beavers, removing dead and unsafe trees and limbs, designing future park facilities, basic streambank stabilization, and signing. The Montana Department of Natural Resources and Conservation, the Kiwanis Club of Dillon, and cadets from the Montana Youth Challenge Academy helped remove fallen cottonwood trees.

FWP plans to continue making site improvements in the future, including adding a boat ramp and a vault toilet.