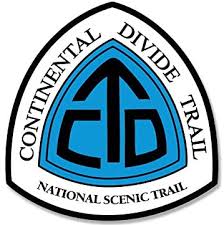 “The Continental Divide Trail provides an unmatched outdoor experience for Montanans and visitors alike,” Daines said. “My bipartisan bill ensures the trail will continue to provide public access and a continuous route will finally be completed!”

“The Continental Divide National Scenic Trail not only passes through some of our most incredible natural, historic, and cultural sites, but is also a major source of economic opportunity for communities along the trail,” Heinrich said. “With this legislation, we can make the CDT safer and more accessible so that more people can experience and explore our nation’s great outdoors.”

Designated by Congress as part of the National Trail System in 1978, the CDT stretches more than 3,000 miles and passes through Montana, Wyoming, Colorado, New Mexico, and Idaho. The trail follows the Continental Divide and transverses some of the nation’s most treasured natural, historic, and cultural resources.

Direct the Secretary of Agriculture and the Secretary of the Interior to establish a Trail Completion Team. This team will be responsible for conducting optimal location reviews, identifying land for acquisition, and working with willing sellers to acquire land. It will include U.S. Forest Service (USFS) and Bureau of Land Management (BLM) staff working with the CDT Administrator.
Recognize the value of cooperation between federal land managers, states, Tribes, towns, Native communities, and others. The Continental Divide Trail Completion Act directs USFS and BLM to maintain close partnerships with stakeholders in developing, maintaining, and managing the trail.
State that eminent domain will not be used to complete the trail. Land to complete the trail may only be acquired from willing sellers.

Daines’ bill is supported by several groups and businesses including: