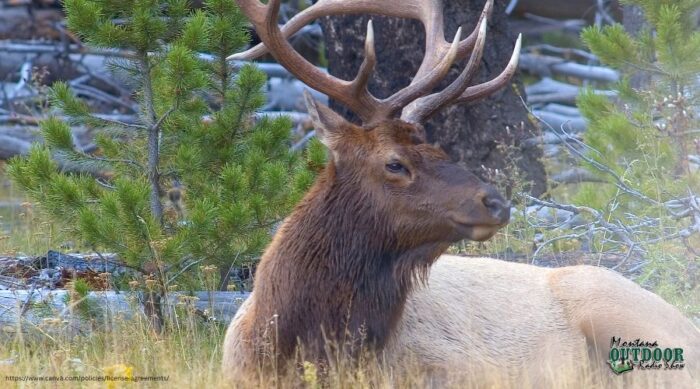 Joshua Sunberg said he had to live every hunter’s worst nightmare as he watched a bull elk he’d shot in Wyoming on Monday slowly die.

“He was sitting there wounded, suffering,” Sunberg, of Iowa, told Cowboy State Daily on Tuesday. “I couldn’t shoot him again, because that would have made me a poacher.”

To make matters worse, he crashed his truck earlier during his trip to Wyoming.

“This is the worst hunt of my life,” Sunberg said.

It took the bull, which was 20 yards inside private ranch property, about two hours to die, he said. But Sunberg couldn’t get permission to go onto the property, finish the bull off and retrieve it.

Sunberg frequently hunts in Wyoming and other Western states. He declined to identify the rancher who denied him permission or the exact location in Southeast Wyoming where he shot the bull.

“I was on the phone with (the rancher) while the bull was suffering,” Sunberg said. “And the rancher said it was my fault, that I’m a terrible hunter.”