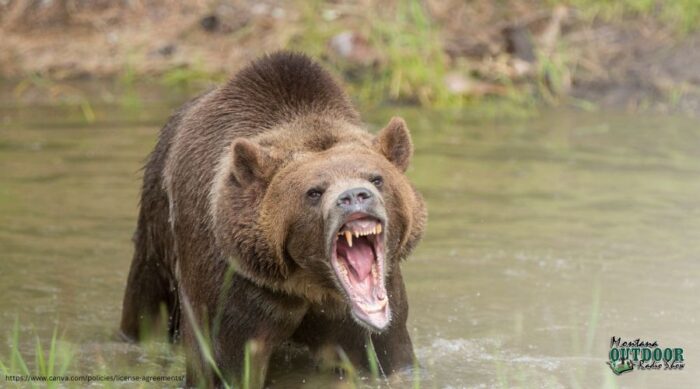 GREAT FALLS – A 51-year-old hunter from Washington state sustained non-life threatening injuries when he was attacked by a grizzly bear on Tuesday afternoon in Teton County.

The hunter and his wife encountered the bear around 1 p.m. while hunting for upland birds in a creek bottom east of Choteau. The bear charged out of thick brush at close range. The hunter fired at the bear with a shotgun and handgun, wounding the bear and stopping the attack. The hunters and their dogs left the area and notified authorities of the attack.

FWP bear management specialists, game wardens, and Teton County deputies returned to the site and located and euthanized the bear later that afternoon after consultation with the U.S. Fish and Wildlife Service.

The 677-pound adult male bear had no known previous history of human conflict and had never been handled by bear managers. Evidence at the site suggested the attack was the result of a surprise encounter.

To guard against surprise encounters and remain vigilant and safe in bear country, which includes most of the western half of Montana:

For more information and resources on bear safety, visit https://fwp.mt.gov/conservation/wildlife-management/bear/be-bear-aware.