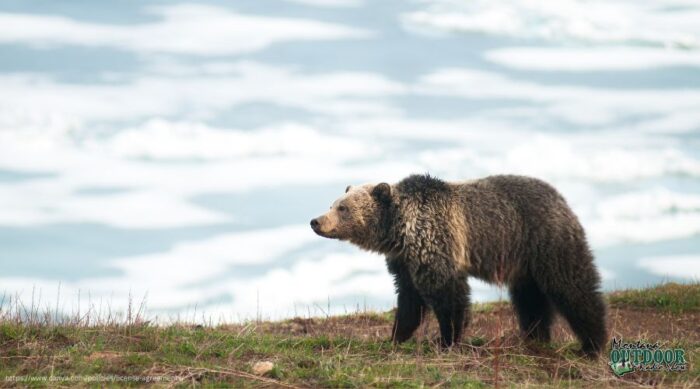 FWP News: Hunters reminded to be aware of grizzly bears following encounter near Ronan
By angelamontana

KALISPELL — Bird hunters should exercise caution in and around Ninepipe Wildlife Management Area south of Ronan after an encounter between a bird hunter and a grizzly bear with cubs.

On the morning of Oct. 16, a bird hunter encountered an adult female grizzly bear with cubs that were day-bedded in a shelterbelt. No injuries were sustained by the hunter. Though the hunter fired two shots at the bear, after a thorough field investigation no evidence of an injured grizzly bear was found in the management area.

This surprise-encounter incident highlights the importance of carrying bear spray when hunting, fishing, and recreating, and to exercise caution when approaching wooded draws and thickets in bear country. When approaching a shrubby thicket, be sure the wind is carrying your scent toward the thicket, not away from the area, and make as much noise as possible to allow bears the opportunity to hear and smell your presence before you walk upon them.

Bears will avoid an encounter and leave the area if given ample warning of human presence.

Hunters can expect to see grizzly bears in the western half of Montana. Preventing conflicts with bears is easier than dealing with them.

How to stay safe afield