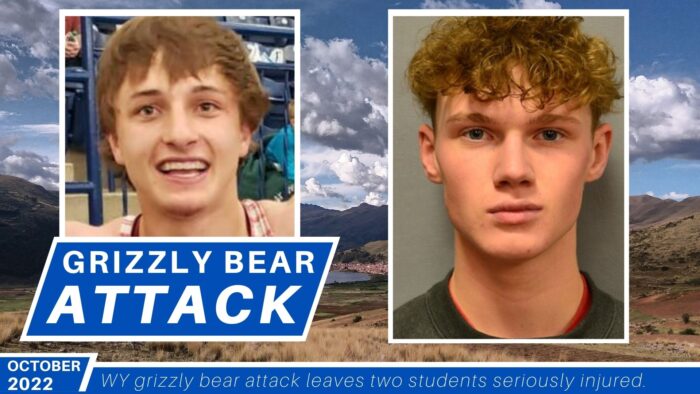 According to an article by State Political Reporter, Leo Wolfson via Cowboy State Daily, two students who attend Northwestern College in Powell, Wyoming were attacked by a grizzly bear just outside of Cody while on a hike this past weekend.  The students are on the wrestling team, and Brian Erickson, the athletic director at the college, confirmed the attack.

Kendell Cummings, from Evanston, and Brady Lowry, from Cedar City, Utah reportedly suffered injuries “very serious in nature, but both are expected to live” after each of them received multiple surgeries.