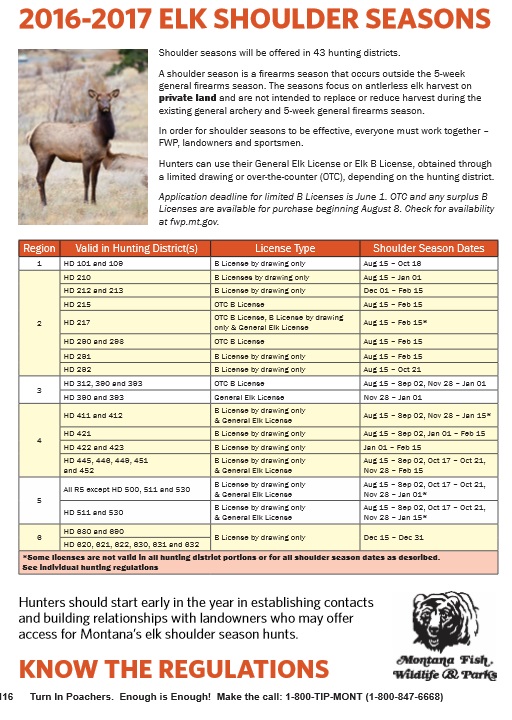 MISSOULA – Coming in at a weighty 143 pages, Montana’s 2022 book of deer, elk and antelope hunting regulations is an impressive tome listing license costs, permit drawing stats, season start dates, tag requirements and the ominous penalties for breaking any of its stated rules.

It’s a valuable resource in the management of the state’s beloved big game animals and a must read for hunters heading out into the field, but it also can be an intimidating opus for even the most experienced hunter, never mind newbies to the sport.

This summer, wildlife researchers at the University of Montana’s W. A. Franke College of Forestry and Conservation spent hours reviewing hunting regulations for all 50 states with a goal of recommending how to simplify and streamline rules often laden with jargon and geography.

“Actually, Montana has done a nice job with its regulations,” said Jon McRoberts, administrator of UM’s Boone and Crocket Wildlife Conservation Program and one of the researchers on the project. “You can tell very clearly the rules were driven by wildlife management in a very big state. The eastern half, as we all know, looks very different from the western half.”

The team’s work was made possible through a grant from the Council to Advance Hunting and the Shooting Sports, a national nonprofit dedicated to promoting the growth of hunting and providing education on the contributions made by hunters to wildlife conservation. Its work, along with the Boone and Crocket Club and other hunting organizations, comes at a time of continuing declines in the number of hunters in the U.S. These declines not only hinder conservation policies but also impact revenue brought to states through licensing and recreational income.

“Through our discussions with the council, we realized hunting regulation complexity could be a barrier to new hunters,” McRoberts said. “And the majority of current hunters are honest ethical people, and the fear of doing something wrong unintendedly could keep some from expanding their hunting.”

The realm of hunting is admittedly vast – some Eastern states don’t allow Sunday hunting, Hawaii has no duck season – so to put “rails on their analysis,” as McRoberts put it, the team looked specifically at modern firearm regulations, upland game birds, waterfowl and deer.

“We looked at if you need to carry proof of hunter education in the field, are there fee discounts for veterans, what are the licenses needed for private landowners and what meats are you are required to remove from the field?” McRoberts said, noting that Alaska requires hunters to remove meat between an animal’s ribs, while other states do not.

“Our job with this review was not to tell states what they needed to do but to offer ideas on what they could do to make hunting more accessible, particularly to new hunters,” said Joshua Millspaugh, Boone and Crockett Professor of Wildlife Conservation, who led and participated in the review.

Because printed books would have presented a mountain of paper, the source material for the study came primarily from each state’s online sites, which varied wildly in ease of use and presentation, said Jonathan Karlen, a Boone and Crockett Wildlife Conservation Fellow.

“Every state does it differently,” he said. “Some just publish a PDF; others have a more interactive web page where you click what you want to hunt and it takes you from there.”

The bulk of existing complexity Karlen noted came down to three factors: time, place and species.

“The states that had vastly different sets of regulations were those with different zones, dates and huntable species,” he said, adding that Texas, for example, has deer regulations specific to each of its 254 counties. “If you are a new hunter, you might be in the right place to hunt, but you might be there at the wrong time.”

Each state’s composition of public land is another aspect that can add to hunter confusion, as can levels of access to hunting on property owned by others.

The researchers are quick to note that many if not most hunting regulations were written to serve a need at some point in the past – a deer rifle in Idaho has to be less than 16 pounds – and other rules will always remain in flux due to wildlife population health and diversity.

“We’re not saying any complexity is bad because it does come from a management need,” McRoberts said. “Our work was about finding outliers of complexity and looking at it on a national scale.”

The team’s completed report will be important for the Council to Advance Hunting and the Shooting Sports to begin communications with states about where they fall in the continuum of regulation complexity, while offering steps they might take to streamline their rules without compromising wildlife conservation and hunter ethics.

“My expectation is our report will be a guide for us to do even more,” said McRoberts, an avid hunter himself. “We hope it does some good and encourages more people to take up hunting.”