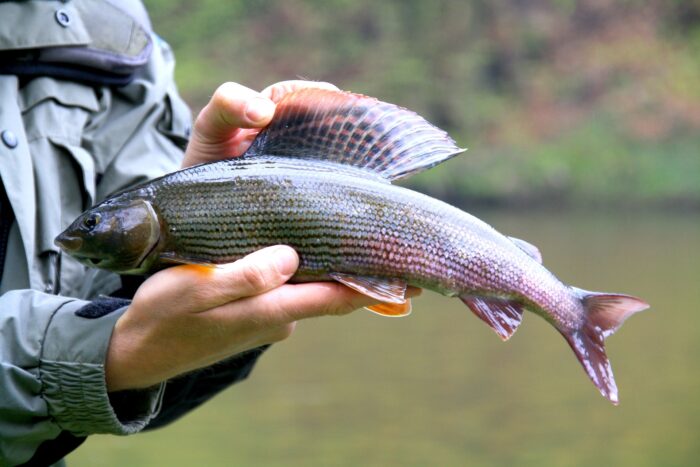 from the Center for Biological Diversity

The Service first determined in 1994 that Montana’s grayling population warranted listing as an endangered species, but it has continuously delayed granting it federal protection. In 2014, the agency reversed its position and denied protection. Instead, the agency claimed there was sufficient state management and increasing population numbers and asserted that the fish could adapt to warming stream temperatures.

“It shouldn’t take nearly three decades to protect a fish like the grayling that’s so clearly on the brink of extinction,” said Noah Greenwald, endangered species director at the Center. “The Fish and Wildlife Service’s refusal to protect this beautiful fish is embarrassingly biased and thin on science. And Montana’s opposition to protecting this unique fish as endangered doesn’t make it any less imperiled.”

Conservation groups challenged the 2014 denial of protection, eventually getting a 9th Circuit Court of Appeals ruling that the agency’s claims of an increased population were not supported by evidence and that the agency had failed to consider the impacts of climate change on stream temperatures and flows. The Service doubled down on these claims in 2020 and again denied protection, even though the threats persist.

“There’s really no question that the only population of grayling in the lower 48 states is imperiled,” said Emily Qiu, associate attorney with Earthjustice’s Northern Rockies Office. “Too much water is already taken out of the Big Hole River, one of the last places the fish survive, and climate change will only make the situation worse.”

Once found throughout the upper Missouri River drainage above Great Falls, native populations of Montana’s Arctic grayling are now mostly limited to a short stretch of the Big Hole River and a few small lakes. Extensive water withdrawals from the Big Hole River draw down river levels to a mere trickle every summer and continue to threaten the grayling. Grayling have been reintroduced to the Ruby River and survive in small numbers in Hebgen Lake, a reservoir on the Madison River, but both populations are struggling.

“I fish the Big Hole River often. Grayling are truly the jewel of the river,” said Pat Munday, a professor at Montana Tech who authored a popular book about the Big Hole River. “It is incredibly sad that we must sue the Fish and Wildlife Service to follow the law and protect our natural heritage.”

“Voluntary measures are not enough to bring this unique fish back from the brink of extinction,” said Jocelyn Leroux, Washington and Montana Director with Western Watersheds Project. “The compounding threats of water withdrawal, livestock degradation of key waterways, and climate change warrant bold federal action to protect the grayling’s last stronghold.”

In addition to water use, the grayling is threatened by habitat degradation from livestock grazing, urbanization, and non-native trout. Listing under the Endangered Species Act would require a federal recovery plan to be created to address chronic low flows in the Big Hole River, among other threats.

A member of the salmon family, the Arctic grayling is a beautiful fish with a prominent dorsal fin. The species thrives in cold freshwater streams and rivers across Canada and Alaska. Historically, fluvial populations of Arctic grayling existed in only two places in the lower 48 states: Michigan and the upper Missouri River of Montana. Populations in Michigan had gone extinct by the 1930s, and populations in Montana had become restricted to the Big Hole River and a few lakes by the end of the 1970s. Studies demonstrate that Montana grayling are genetically distinct from populations in Canada and Alaska.

The grayling was first petitioned for listing in 1991 by the Biodiversity Conservation Alliance, now part of the Center for Biological Diversity. In 1994, this led to the service’s first finding that the grayling warranted endangered status.