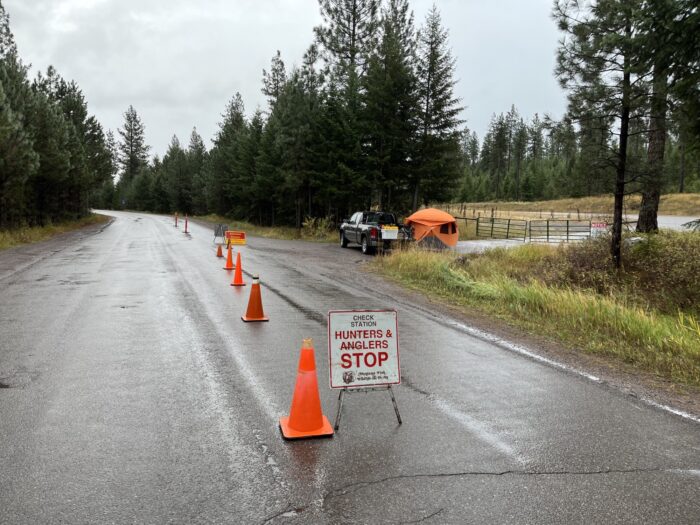 MISSOULA –The 2022 Montana big game general hunting season opened October 22, and hunters in the west-central part of the state found the first true blast of cold fall weather and a few more animals than in recent years.

The change in weather was likely one contributor to a bit higher hunter success, prompting more wildlife movement as snow began to fall in higher elevations. Hunter harvest success was slightly above average at all of the region’s check stations this weekend, with most of the extra harvest attributed to white-tailed deer harvest in the Blackfoot and lower Clark Fork areas and elk tallied at the Darby hunter check station.

The elk harvest of 66 through the Darby Check Station more than doubled last year’s reported 31 on opening weekend, with most of that harvest coming out of the Big Hole Valley.

“We had several youth and adult hunters come through with their very first elk and deer this weekend at the Darby station, which was great to see,” said FWP Bitterroot wildlife biologist, Rebecca Mowry.

More liberal hunting regulations for white-tailed deer during the first week of the season in some west-central Montana hunting districts contributed to a bit of an increase in harvest. The 65 white-tailed deer checked through the Bonner station was up from 44 during last season’s opener, and 12 through the relatively quiet Fish Creek station was up from two last season.

All-in-all, hunter check stations sample a small portion of the effort and harvests across the region, but they track important trends and biological information. Biologists use check stations to see how harvest is shaping up compared to historical averages, and to collect information on wildlife age, health and other hunter observations from the field. Hunters must stop at all check stations that they pass, even if they have not harvested any animals.  The general big game season runs through Sunday, Nov. 27. 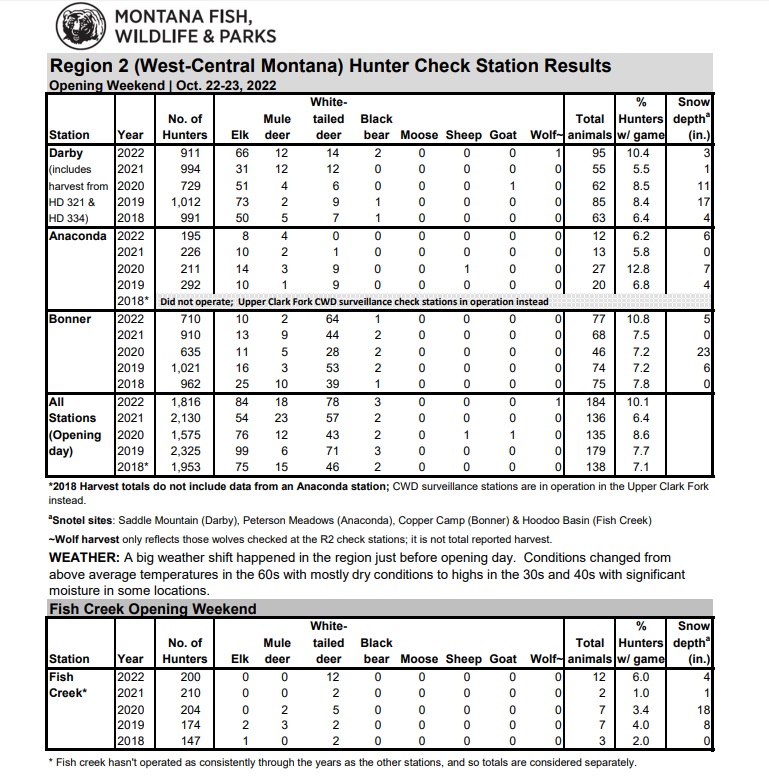