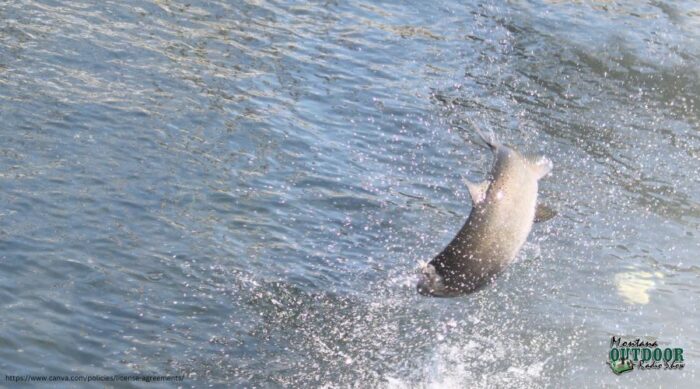 IDFG personnel began interviewing steelhead anglers on the upper Salmon River on Saturday, October 1st. During the first weekend, angler effort was low, and no anglers reported catching a steelhead. Angler effort increased the following week with most anglers located downstream of North Fork in location code 15. One angler reported releasing a steelhead in location code 15, and no anglers reported harvesting a steelhead. We expect catch rates to begin picking up over the next few weeks as more steelhead make it up into the area.

Currently, the Salmon River is flowing at 908 cfs through the town of Salmon, ID which is 73 percent of average for today’s date. Over the weekend, the river had clear visibility in all areas and mid-day water temperatures were in the mid-50s.

Based on PIT-tag detections at Bonneville and Lower Granite dams, we are estimating that the return of hatchery steelhead to the upper Salmon River this fall will be slightly lower than what returned in fall 2021. Unlike last year’s run, approximately 80 percent of the steelhead returning this year to the upper Salmon River have spent two years in the ocean which means that the steelhead will be larger than most years. For additional details about this year’s steelhead return to Idaho, I would encourage anglers to read Joe DuPont’s (Clearwater Region Fisheries Manager) most recent Idaho Steelhead Update (9/21/22) on the IDFG website.