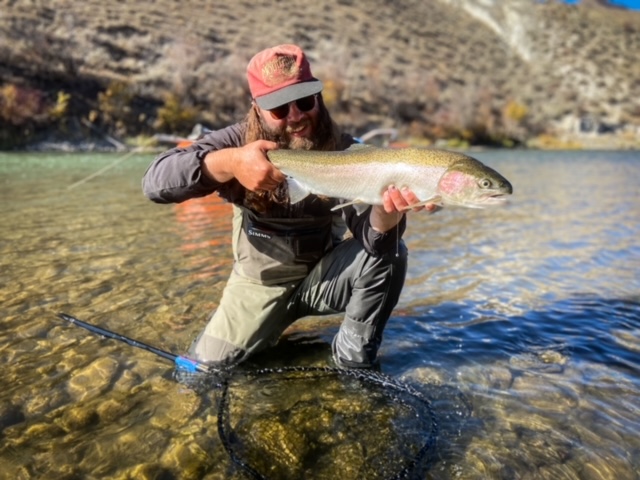 River conditions changed quickly during the weekend as a weather front brought colder temperatures, precipitation, and wind to the area. As of Sunday afternoon, the river’s temperature had dropped into the mid-40s, and the river had cloudy visibility in all areas. River flows increased 317 cfs since last Monday, and the Salmon River is currently flowing at 1,280 cfs through the town of Salmon, ID which is 97 percent of average for today’s date.

We would like to remind anglers that the steelhead bag limits on the Salmon River for the fall 2022 steelhead fishery are 3 steelhead per day and 9 in possession. For additional information anglers can visit the IDFG Steelhead Seasons and Rules webpage.