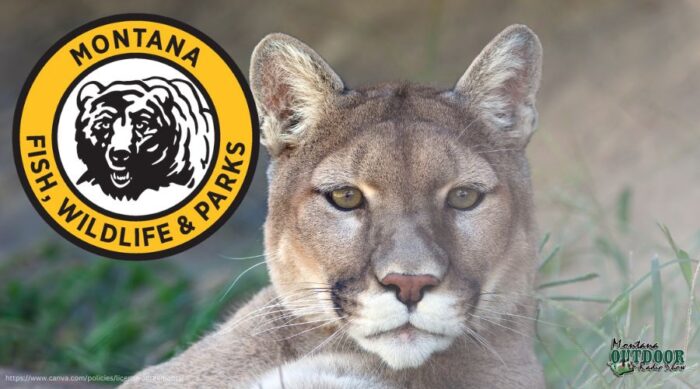 MILES CITY – Following some changes to the mountain lion license structure by the Montana Fish and Wildlife Commission that are now in effect, lion hunters are urged to review the regulations before purchasing a license.

In past years, hunters focusing their efforts on southeast Montana’s Lion Management Unit 700 have purchased an over-the-counter general lion license and been able to hunt the whole region during the archery-only, fall and winter seasons. However, the general license is no longer valid in LMU 700 during the winter (Dec. 1, 2022-April 14, 2023).

“I think the biggest confusion for hunters this year is that they are used to buying a ‘general lion license’ that used to let them hunt LMU 700 for all seasons, but now the general license is only valid to hunt during the archery and fall (Oct. 22-Nov. 27) seasons without dogs in LMU 700,” according to FWP Region 7 furbearer specialist Emily Mitchell.

If you only want to hunt lions during archery or fall season, a general license covers both seasons in all LMUs except 150, which has different dates. An LMU will close when 20 percent of the quota is reached. But if you want to hunt the winter season with dogs, the general license is now only valid in hunting districts where any license can be used (LMU 170, LMU 299, LMU 305 and LMU 309).

Those wishing to also hunt during the winter in LMU 700 are now advised to buy an unlimited special mountain lion license (700-05), which must be purchased before Feb. 28, 2023. You can hunt only in the LMU or group of LMUs for which the unlimited license is valid for the duration of the winter season or until the quotas for specific LMUs are met, whichever comes first. That includes LMU 700. The unlimited special license will also let you hunt in any open LMU during the archery and fall season without dogs. The quota for archery and fall seasons is 20 percent, but all closed LMUs will reopen to finish filling the quota Dec. 1 for winter season.

“Using Region 7 as the example, basically if a hunter wants to be sure to have a lion license every year and he or she is hunting in Region 7, he should buy an unlimited special license,” Mitchell explained. “This does, however, prevent them from hunting anywhere else in the state during the winter season, but not during the archery or fall season.”

“If someone wants to hunt a district not in Region 7 and doesn’t want to have to adhere to the quota for that district, but also doesn’t mind not being able to hunt the winter season if they don’t draw that year, they should apply for a limited special license for the specific hunting district they want to hunt in,” she said.