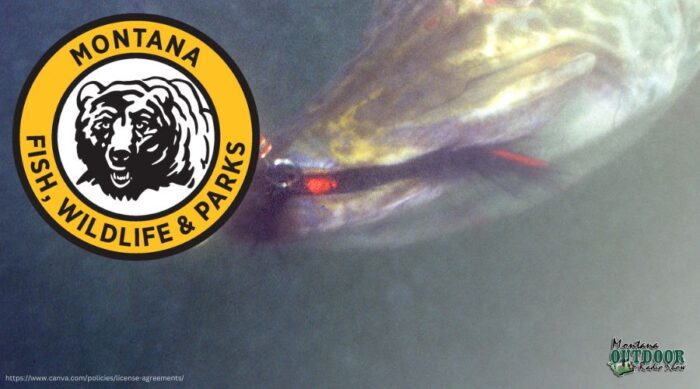 BILLINGS – After a winter and spring of construction and development, Lake Elmo is returning to the productive fishery it was before invasive Asian clams were discovered in 2019. Last week, 75 tiger muskies from the Miles City Fish Hatchery varying in length from 6 to 12 inches were stocked in Lake Elmo.

Tiger muskies are a hybrid between Northern pike and muskellunge and rarely occur in the wild. Most are produced in hatcheries. Because they are sterile, the population of tiger muskies in Lake Elmo will not increase. The addition of tiger muskies to Lake Elmo will diversify angling opportunities in this popular urban fishery and help control the population of nongame fish that enter the lake from the Yellowstone River via the ditch. Tiger muskies are aggressive piscivores (meaning they eat other fish) and are often used as biological controls to manage unwanted species, such as suckers and carp. Although ditch headgates are screened to prevent fish passage, small individuals can get through and enter Lake Elmo.

Originally, tiger muskies were planned to be stocked in Lake Elmo in 2025 or 2026. However, netting efforts in Lake Elmo earlier this fall showed higher than anticipated numbers of juvenile white suckers, longnose suckers and common carp. FWP moved forward on stocking tiger muskies after this sampling to reduce the population of these species.

Lake Elmo is within the eastern fishing district, which requires tiger muskies to be at least 40 inches in length for harvest. Full fishing regulations for the state can be found here: