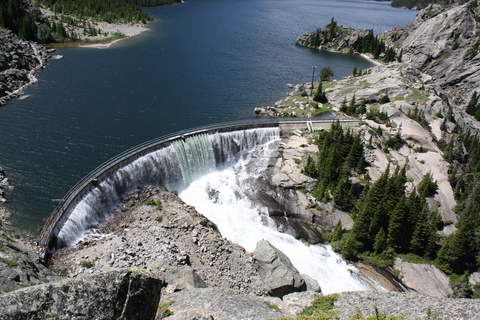 As we enter the modern era, the concept of fuels that damage our very environment is so outdated. Save that stuff for the dinosaurs! The future is powered by sustainable and clean sources. 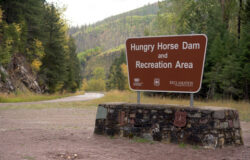 One of those clean power methods is Hydroelectricity! That is electricity generated by the natural power of moving water, and is completely carbon free. According to Northwestern Energy, 33% of electricity for Montana customers already comes from hydroelectricity!

HOW DOES IT WORK?

Hydroelectricity is facilitated by a process that already naturally occurs in nature, and history! They even used this method in Ancient Greece to turn the wheel that would mill their flour, according to National Geographic. Harnessing electricity to use in your lightbulbs is a different story, but the premise is the same.

Most of the plants have a reservoir of water, a gate or a valve to control the flow of water, and an outlet where the water ends up after the downward flow. This type of plant is called an impoundment facility. Where the real power exists is the potential energy just before it spills over. This energy is converted into kinetic energy as it flows downward. This gravity flowing water is used to turn the blades of a turbine, which powers a generator.

That’s not the only type of plant though! There’s actually 3 different kinds. Impoundment facilities are the first. The second is a diversion facility, where the water is flown through a series of canals that then turn power generating turbines. This energy is also stored and harnessed by generators.

The third method and plant type is called a pumped-storage facility. This is a plant that collects energy produced from many different kinds of elements. Solar power, from the sun, wind power, and nuclear power. Once the plant has collected all of these types of power, it stores them for future use.

Hydroelectricity is actually the most commonly-used source of renewable electricity! One of the largest producers of it is China, along with the U.S., Brazil, Canada, India, and even Russia. Hydroelectric is so popular, in fact, that about 71% of all renewable energy produced worldwide is generated by hydropower! The largest hydroelectric dam in the world is in The Three Gorges Dam in China, which holds back the Yangtze River. There’s enough generators to produce 22,500 megawatts of power!

Montana’s hydropower economy is on the rise, with a few projects running in full swing across the state. In fact, they’ve already been running for more than 100 years! Northwestern Energy has inherited the care of these incredible facilities and promise to upkeep and upgrade them to ensure clean power for 100 more! Another big player in this sustainable energy game is the DnRC, which stands for Department of Natural Resources and Conservations! They currently own 33 dams and dikes, not all of them generating mass amounts of power.

One of the highest producing hydro power dams in Montana is the Hungry Horse Dam. Annually at this dam, there’s a whopping billion kilowatt-hours generated! But this dam doesn’t just power itself, it stores and releases water to be used by other hydroelectric dams down the way. These dams include Flathead, Clark Fork, Pend Oreille, and Columbia rivers! Altogether the release is about 4.6 billion kilowatt-hours!!

There’s also the Thompson Falls Hydro Project, which has been in operation since 1915! This facility is located on the lower Clark Fork River, near the town of the same name. Because of the dangers pertaining to fish when hydrodaming, they constructed and upstream fish passage, or a fish ladder, onsite! This protects many native fish, but especially Bull Trout, and allows for upstream spawning and passage.

As sustainable and renewable energy sources are on the rise, these hydro dam facilities are the foundation and just the beginning of what’s to come! If you’re wanting to check in about fishing reports after reading all of this Dam news, check out our website!