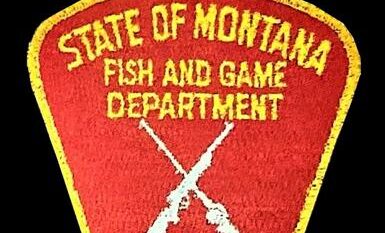 Gene Tierney was shot at, chased down spotlighting poachers and discovered some unusual hiding spots for illegal game at check stations during his 29 years as a Montana Fish, Wildlife & Parks warden. These stories and more were captured in Tierney’s book, “Cry of the Hunted,” published in 1990. Although he died the same year, his book lives on as a sometimes humorous and interesting account of growing up in Montana during the Depression era and working for FWP as a warden. Tierney was born and raised along the Musselshell River and moved around with his family as they also farmed in Sweet Grass County. After serving in the Army Air Corps, he was hired as a warden in 1944. His book details how the agency adapted and advanced its enforcement corps over the years, often in colorful stories. For instance, he recounts the early vehicles provided to wardens were prone to falling apart. One disintegrated on the way to Helena, the fenders falling off, prompting the warden to lash them back together with the cut off seat belts. To learn more about Tierney, his work and his family, check out the story at https://billingsgazette.com/news/state-and-regional/american-prairie-plans-bison-grazing-on-blm-lands-as-state-ranchers-appeal-again/article_0b1220e8-70ed-11ed-9a8b-3b0204ff85f0.html.