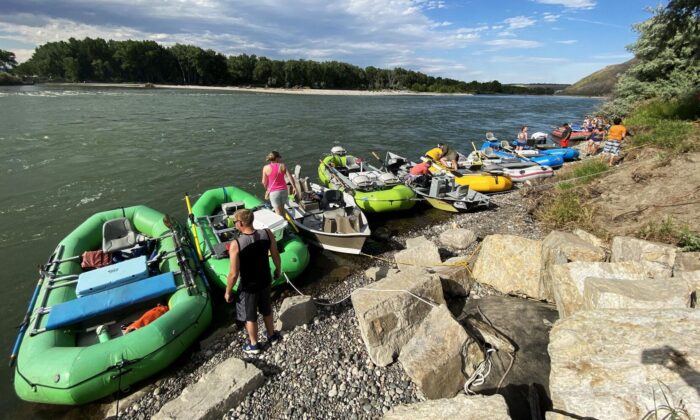 Access to the lower Yellowstone River, from Hysham downstream to Sidney, can be pretty spotty. There are stretches of up to 50 miles where there are no boat launches or fishing access sites. A coalition of groups is attempting to change that with investments by Montana Fish, Wildlife & Parks in new access sites. To boost their case, the coalition recently released an economic report highlighting what the access points could mean to the region. Jeremy Sage, of RRC Associates, calculated that four new access points could lead to 56 new jobs and $5.3 million in tourism spending. That has folks in the region excited since 56 jobs spread out along the river corridor means a lot to the small towns dotting the Yellowstone. Water recreation is on the rise across the United States. As streams in western Montana become more crowded, more boaters are traveling to rivers in the east. There is also more jet boat traffic on the Yellowstone River now than in the past. Providing additional access points has the potential to assist visitors. FWP said it is still researching three of the properties targeted for acquisition. A problem arose with a fourth property that may preclude it from being bought. To read more, check out my story at https://billingsgazette.com/news/local/study-highlights-economic-impact-of-new-access-along-lower-yellowstone-river/article_d84ab6b2-7267-11ed-82f4-1f3a56b78855.html.