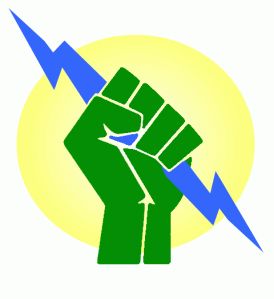 A recent scientific breakthrough could change our dependence on fossil and nuclear energy forever. The Livermore National Laboratory has proved that new nuclear Energy is in our future. The Fission reaction creates more energy than it needs to operate.

Nuclear Fusion energy works well but creates nuclear waste that is hard to deal with. The Fission reaction may be able to burn the nuclear waste stockpiles as it makes more energy. This new technology could be available as early as the 2030’s. Other energy technologies could still be involved in Hybrid versions that also have Fission capability.

The test used 192 high energy lasers aimed at a diamond capsule containing a peppercorn sized capsule of fuel filled with Deuterium and Tritium. A reaction released heat that was 3 million degrees and produced 3 megajoules of energy. That was 2 megajoules more than the reaction needed.

The American Technology is initially designed to fuel our Military ships, equipment, and facilities. Future space travel will also need the fuel of the Sun to travel amongst the stars. Excess energy could be stored in batteries until needed or to be used later at remote locations. Applications are unlimited.

Future engines would be quiet, powerful, and contain just a tiny amount of nuclear fuel to operate. Imagine an outboard engine, 4-wheeler, snowmobile, or truck that never needs refueling! A one-time fill up could fuel your boat, truck, or home for ever. Instead of stopping at a gas station to add fuel, you may need to transfer energy back into your home or power grid.

There’s still a lot to figure out. Containment of the reaction is paramount. The reactor must be accident proof and safe. Heat is another concern. Unloading excess energy is also an issue. None of these concerns is out of reach. Imagine the challenges of initial fossil fuel energy and our first radioactive power plants. Strong minds and imaginations can resolve these concerns.

I used to tell my students in class that one day, they would be watching TVs that hung on the wall like a picture. I also said that our trucks and cars would run on nuclear energy that would be as small as a pencil eraser. Looks like I was not telling a story.