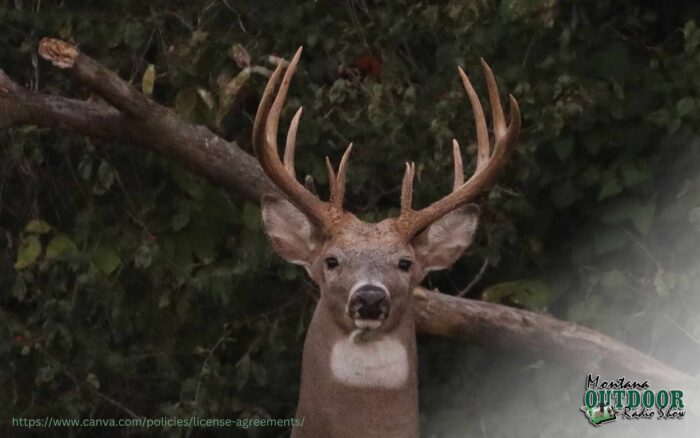 CWD is a contagious neurological disease that infects deer, elk and moose. It is always fatal, and there is no known cure. It was first detected among wild cervids in Montana in 2017. The disease is known to exist in other parts of southwest Montana, including the Paradise and Ruby Valleys, as well as in other areas of the state.

FWP has conducted rotating surveillance for CWD throughout the state for several years. Hunting district 304 is within this year’s priority surveillance area.

Hunting is the primary tool for sampling and managing CWD in Montana. Several hunting license opportunities remain valid through Jan. 15 for harvesting antlerless white-tailed deer in adjacent hunting district 309. Hunters who harvest deer or elk in the Gallatin area are encouraged to submit samples for testing to help further FWP’s understanding of CWD prevalence and distribution.

FWP pays for the testing, making it free for hunters. FWP has provided resources to help hunters collect and submit samples for testing on their own. These resources can be found at fwp.mt.gov/cwd. Hunters can also call a regional FWP office to schedule an appointment if they need help collecting a CWD sample.

CWD is not known to infect humans. However, the Centers for Disease Control and Prevention recommends that people not eat meat from infected animals and have their harvested animals tested before eating them if they were taken from an area where CWD is known to exist. For more information on CDC recommendations, please visit go.usa.gov/xAcnc.