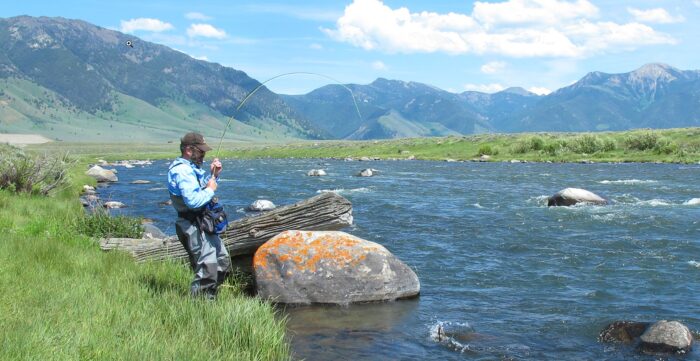 In November 2021, a gate failed on Hebgen Dam and a portion of the Madison River immediately downstream saw a fast and dramatic decline in water flow. Fish were stranded and died. Spawning beds were left dry. Trying to calculate the effect the dewatering had on the fishery has been difficult. For one, there wasn’t a lot of previous data Montana Fish, Wildlife & Parks could point to regarding fish populations in the worst hit section.

This summer, FWP conducted surveys on the upper section to establish that baseline information as part of NorthWestern Energy’s plan to address the problem. “We definitely observed affects to the redds and to a lesser degree fish” following the dewatering, said Matt Jaeger, FWP fisheries biologist. “We know there was some level of effect, but we’re relying on future years to figure out what that was.” What the baseline data did confirm is that brown trout numbers are down, making up about 30% of the trout species in the upper section. Brown trout numbers have taken a hit across southwest Montana. It’s believed to be due to lower waterflows. To learn more about the situation on the Madison, check out my story at https://billingsgazette.com/news/state-and-regional/2021-madison-dewatering-hard-to-attribute-to-lower-fish-populations-fwp-survey-concludes/article_a954d52c-936e-11ed-91a7-0f0968848c52.html .