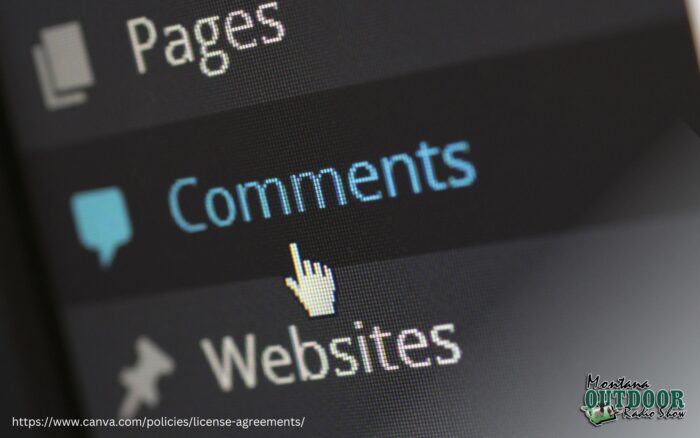 HELENA – Montana Fish, Wildlife & Parks is seeking public comment on several proposals slated to go to the Fish and Wildlife Commission in February. Comment is open through Feb. 3.

The commission will make a final decision on these proposals at its meeting on Feb. 22.

For 2023‐2026, there are 26 fish removal projects planned that have not previously been approved by the commission, all intended for native species conservation. There may be additional projects brought separately to the commission for approval, such as instances where illegal introductions or invasive species are discovered or for an unexpected conservation need. Proposed projects include a combination of chemical and mechanical removals.

For the winter 2023 funding cycle, the Citizen Review Panel recommends funding 10 of 11 submitted proposals at a program cost of $471,419.50. Matching funds total $2.1 million and other contributions total $380,000, producing a ratio of $5.3 in external contributions to every $1 of FFIP funding.

The Intake Fish Bypass Channel, at Intake Diversion Dam on the Yellowstone River, was completed in April 2022. Objectives for the project are to improve upstream and downstream fish passage for pallid sturgeon and other native species, including paddlefish, while maintaining water diversions into the Lower Yellowstone Project Main Canal. Snagging for paddlefish is very popular in the lower Yellowstone and can lead to high concentrations of anglers targeting paddlefish during spawning migrations. Since it is not yet fully understood how the fish bypass channel will influence fish movements and angler behavior, the department proposes closing the bypass channel to snagging to avoid bycatch of migrating pallid sturgeon and other native species. Closing the bypass to snagging could also reduce potential conflicts between paddlefish anglers and FWP monitoring crews. The bypass channel will remain open for passage by boats and for angling by other methods.

In the river section from Toston to Canyon Ferry, monitoring has shown stable walleye abundance, but size structure is comprised primarily of large fish. In the river section, the department proposes to modify the current regulation of 10 daily, only one over 15 inches, to the Central Fishing District standard regulation of five walleye per day, 10 in possession. The current regulation, which only allows harvest of one fish over 15 inches, is unnecessarily restrictive and there is no biological reason to restrict walleye harvest to this extent. In addition, the standard walleye limit for the Central Fishing District has the advantage of being simple and easy to implement.

Since 1994, FWP has held a conservation easement (CE) on the Bear Creek Angus Ranch. A restatement in 2000 and 2001 separated this easement into four portions, one of which is the Bear Creek Ostler Portion. This portion represents 768 acres adjacent to the Bear Creek Wildlife Management Area (WMA). The current CE terms allow for four building envelopes which total 40 acres, three of which allow for residential site development. Two of the residential building envelopes currently have houses on them, the third is a 5‐acre envelope adjacent to the Bear Creek WMA and currently has no structures on it. The current CE also contains an agricultural subdivision clause, which allows the property to be divided and sold to separate owners. This proposal, which was brought to FWP by the landowners, would allow the landowners to remove from the CE and sell 1 acre with an existing residential house and outbuildings. In exchange, they would reduce the current size of building envelopes from 40 acres to 16.5 acres, preserving 23.5 acres for wildlife habitat. The proposal also includes removing from the CE an option for a 5‐acre building envelope next to Bear Creek WMA, which is consistently used by wintering elk and deer, and removing language related to agricultural subdivision, ensuring the property would remain as one ownership unit into the future. This proposal would not involve any monetary exchange between the parties.

FWP proposes to acquire two land parcels totaling 107 acres that are part of an island complex in the Yellowstone River upstream of Reed Point. FWP plans to preserve them in a natural state and to provide recreational access using $140,150 in Natural Resource Damage Program (NRDP) mitigation funds resulting from the 2011 Silvertip Oil Spill. This site is adjacent to the Indian Fort Fishing Access Site and four river miles below Bratten Fishing Access Site (FAS). The islands are in a reach of the Yellowstone that FWP considers high priority for additional public access. The NRDP funding may be used to secure unprotected cottonwood riparian areas to allow for natural function of river processes and recruitment of large woody debris – typically cottonwoods – to the river during floods. This natural function builds islands and provides habitat for terrestrial and aquatic species. The landowner approached the NRDP with a desire for the parcels to be sold to an entity that would preserve the sites to support natural river function and provide public access.

FWP proposes to purchase a 2.442‐acre lot at 501 Pemberton Lane in Billings for administrative use. The lot would support FWP and Region 5 operations. The Pemberton Lane lot provides an opportunity to meet many of the current administrative needs in a location that is very close to existing FWP facilities. It would initially be used for storage of equipment and materials, though there is future potential for an indoor shop or administrative facility, and housing for seasonal staff and RV pads and hookups is possible. It may also be possible to utilize the space for Hunter and Bowhunter Education field courses.

If the purchase is approved, FWP would install sidewalks, lighting, and security fencing at the site. FWP would also install sidewalks along 2300 Lake Elmo Drive, the Region 5 administrative office, and a loading zone within the office driveway. During project development, FWP received public requests to install a sidewalk along Lake Elmo Drive for park visitors. This would increase safety for pedestrians as they access the recently improved trail at Lake Elmo State Park. The appraised value (and purchase price) of the Pemberton Lane lot is $290,000. Due diligence and closing costs are estimated at $5,200. The cost of improvements for the new lot is estimated at $177,000. Improvements at the existing office are estimated at $43,000. Estimated total project cost for the purchase and both areas of improvement are $515,200.

Ruby Dam FAS is a day-use site at the mouth of Ruby Dam about 7 miles south of Alder on the Ruby Dam Road. FWP operates Ruby Dam FAS under a no-cost recreational lease from Montana Department of Natural Resources and Conservation. The most recent lease expired in August 2022, and FWP wishes to enter a new lease on that site that would be in effect from February 2023 through December 2032. The major terms in the lease remain the same as before: FWP would be responsible for recreational management and maintenance of the site. New terms in the lease would allow for a rustic campground to be added. If that action is contemplated in the future, the department would conduct EA and public comment process before making a decision. No development is contemplated at this time.

Fresno Tailwater FAS sits below the Fresno Dam in Hill County northwest of Havre. The FAS is part of a memorandum of understand between the Bureau of Reclamation (BOR) and FWP. Ninety percent of the developed FAS site is on BOR property. In the spring of 2023, the BOR will initiate a Safety of Dams project on Fresno Dam that is projected for completion in October 2025. The FAS and the access road to the FAS will be heavily used by contractors to haul and stage materials and equipment during the project. Additionally, Fresno Reservoir will be dewatered. Given the size of the project and necessary activity in and around the FAS, the BOR has asked FWP to close the site to public access during the project.

The Confederated Salish and Kootenai Tribes (CSKT) and the State of Montana have a cooperative management agreement on the Flathead Indian Reservation (created under MCA 87-1-228 and through a subsequent state-tribal agreement) that provides for presentation and approval of coordinated tribal regulations and season frameworks for fishing and bird hunting regulations to the Fish and Wildlife Commission. Tribal recommendations are presented to the Confederated Salish and Kootenai Tribal Council, which votes on tentative proposals and opens them to general public review and comment. The council then meets for final adoption. The proposals are also presented to the joint Flathead Reservation Fish and Wildlife Board. Commission approval is subject to final tribal council approval. The tribe is not proposing any hunting or fishing regulation changes for non-members for the 2023-24 regulation year, which spans March 1, 2023, through Feb. 28, 2024.

The commission has adopted public use rules biennially, and more recently, annually for FWP lands specifically acquired for the purpose of providing effective fish and wildlife habitat. Those department lands comprise Wildlife Management Areas (WMAs), Wildlife Habitat Protection Areas, and Fisheries Conservation Areas. Rules adopted on a regular schedule are referred to as “seasonal rules” and in this proposal would serve as the public use rules for calendar year 2023. The purpose of these rules is to manage public uses while protecting fish and wildlife habitats. FWP is also currently working on public use Administrative Rules (ARM 12.8.201‐ 12.8.219), revising and combining into one public use rule set for all types of department lands. The revised ARM rules are scheduled to be completed by fall 2023 for 2024 implementation.

To comment and for more information on these proposals, go online to https://fwp.mt.gov/aboutfwp/commission/february-2023-meeting.