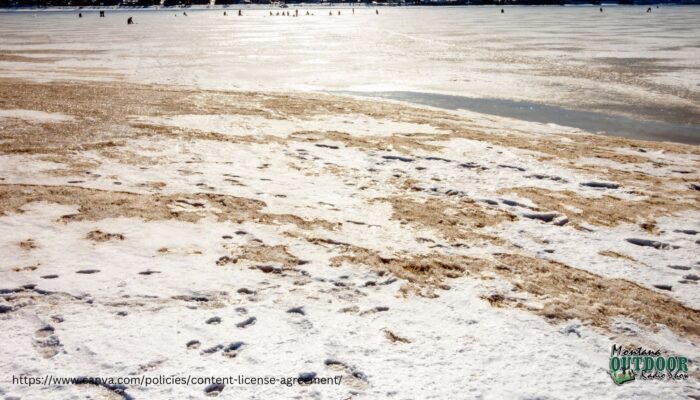 Mike Howe, Director, with the NAIFC posted a message about the circuit coming to an end.  Here it is:

“On the heels of a promising turnout in Montana, and after what should have been one of the best attended events in recent years, once again allegations of cheating and demonstrations of poor sportsmanship bordering on criminal, are dominating the discussion.

On the one hand, while economics are enough of a driving factor to cause this decision, (there were only seven teams signed up as of 24 hours before the entry deadline for this weekend’s Minnesota event) the latest incidents cannot be underestimated as to their impact on the circuit.

When I took over the circuit in Sep of 2021, the outgoing Director had made it known that the December 2021 championship was going to be the final event for the NAIFC unless someone was willing to step up and move it forward. So I did. There were no capital assets beyond one working scale and one non-working laser plaque printer, which I purchased with my own money. Due in great part to the Covid crisis, the circuit was broke financially, teams were leaving and participation was lower than ever, but it was also riddled with dissatisfaction and long simmering issues…and I thought I could make a difference.

In 2022 average attendance was 24 teams, nowhere near the attendance estimates that were once accurate and attainable. The final qualifier saw nine teams enter. At Okoboji last weekend, with one of the best opportunities to go to one location, fish two separate events, and have two opportunities to qualify for the National Championship, 19 teams signed up for both events, and five chose one day or another…

When paid entries for the upcoming Vergas, MN event stalled at seven, the writing was on the wall economically. With the allegations of cheating (let’s face it, the tournament world has been rocked since the “weights in fish” scandal of 2022) and multiple other accusations being thrown around, this circuit can simply not continue economically, nor can it survive the continuing turmoil. Not a chance. I also in no way wanted to see the host get thrown in the middle of all of it.

Lastly, with the two late February events in question due to ice conditions, a lot of changes would need to be made, and I know all too well how change goes over…

Refunds for the teams that had entered this weekend’s event have been sent. All monies set aside from entry fees that were to go towards the NC, as well as any other entry fees, both the circuit and the satellite events, will be refunded to teams by the end of the week. All remaining sponsorship money and prizes for the cancelled events will be returned or redirected based on their wishes.

I sincerely wish to thank all the people who expressed their support at the beginning and are still doing the same even today. I gave it everything I had, and everything I could. I regret that I couldn’t make it happen.

Garrett Oster says they still plan on doing the Hebgen Lake Ice fishing Tournament in 2024 as a stand-alone.