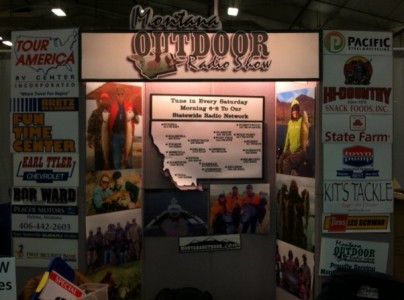 See You in Billings this Weekend at the Great Rockies Sport Show!
By angelamontana

Billings is the place to be this weekend! The Great Rockies Sport Show will be hosted there, at the Metra Park, and you don’ t want to miss the this event!  Some of the features include: The North American Shed/Antler Display and Big Shed Contest, meeting Brutus (the 800-pound Grizzly bear) from the NatGeo television show “America the Wild”, the Billings Boat Show, a kid’s catch and release trout pond, and that is barely scratching the surface!!!

The BEST feature (hands-down) at the Great Rockies Sport Show is the Montana Outdoor Radio Show booth, where the Captain and First Mate Doug Stewart will be during the following times:

Also, don’t forget that when you stop by the MORS booth, you get free 2013 hunting date cards!  Be sure to check out the great buys of branded merchandise, including the 15th Edition of the “Best Of the Best” 2013 Guaranteed Lure. (The lure that is guaranteed to catch fish or or money back!) 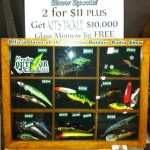 This year, when you buy two guaranteed lures for $11, you will get a $10,000 Kits Tackle glass minnow jig FREE (yes! really!).  It’s the same jig that Kit and Trevor Johnson used when they won last year’s Canyon Ferry Walleye Festival and took home $10,000.

The Captain and First Mate Doug Stewart will be staying at the Best Western Clock Tower in Billings and will be doing the radio show live from there Saturday morning.
We hope to see you there!!!