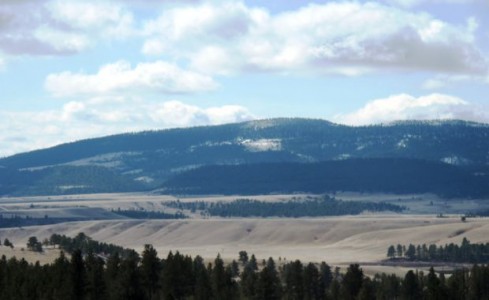 Officials with the Bureau of Land Management decided last week to not consider the Durfee Hills as part of a controversial land exchange proposed by Montana’s largest private landowners, Dan and Farris Wilks. The Wilkses had offered to provide access to more than 60,000 acres of public land via Bullwhacker Coulee with a trade of 2,200 acres of a ranch they had purchased in Blaine County.

Currently Durfee hills is a landlocked parcel of public land in Central Montana that can only be accessed by plane or helicopter, but limited access has provided prime elk hunting opportunity.

According to recent Billings Gazette article:

“We’ll be issuing a press release when we have something more significant to report,” said Melody Lloyd, chief of communications for BLM’s Montana/Dakotas office.

Opponents of the measure were pleased but not surprised by the BLM’s decision.

“The gist I want to convey is that’s great, but part two is we need to open up the Bullwhacker … before hunting season,” said Doug Krings, a Lewistown opponent to the exchange.

A representative of the Wilks brothers could not be reached for comment.

For more details on this story, the full Brett French article in the Billings Gazette can be found here.