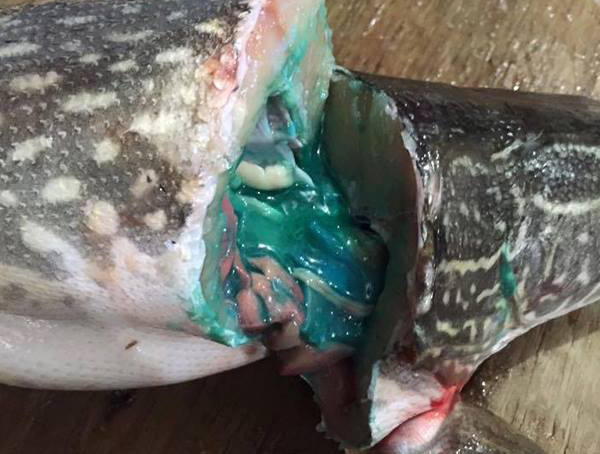 A pike was caught out of Lake Diefenbaker, SK, according to targetwalleye.com, and as the guy began to clean it, he discovered what is pictured above.  The fish was given to conservation officers for testing, but some people are wondering who cleans a fish that way, while others are wondering if the fish ate a smurf.  Some are just waiting for an explanation.

A similar article about a hog’s insides being blue was posted a while back, too.  Click here to read about that.

Has anything like either of these stories ever happened to you?  Have you ever been fishing in Lake Diefenbaker?