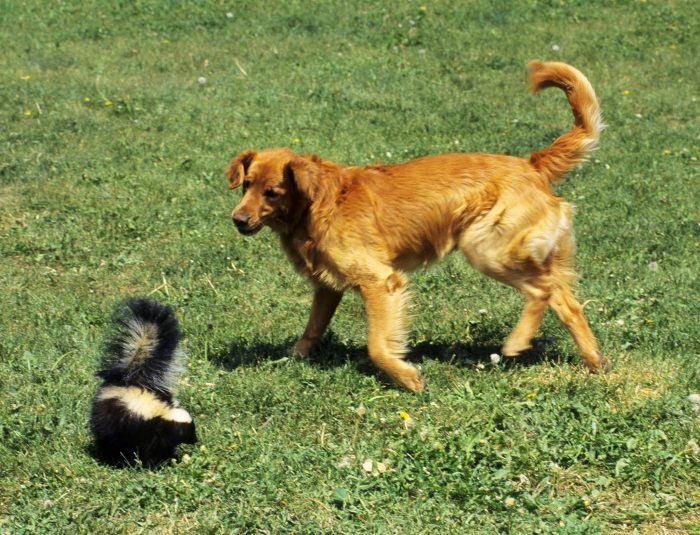 What to Do if Pets Get SKUNKED!
By angelamontana

With skunks being out and about in Montana right now, your cats and dogs that spend any time outside are at risk of getting “skunked”.  Apparently, the “age-old” remedy of using tomato juice to eliminate the skunk smell on your pet is not recommended AND it just isn’t effective, according to Petful.  According to chemist Paul Krebaum, here is a solution that works:

He suggests “preparing an open container for the mixture — never use a closed container or store the solution, as there is a strong possibility of explosion. Hold off on making it until you’re ready to apply it to the fur.”  Here are a few “emergency alternatives”, too:

Your pet being sprayed by a skunk is nothing to take lightly, as it can be toxic, even though that is rare.  “The toxic effect occurs when sprayed in an enclosed area, such as a burrow or den. Open air sprays are by far more common and not considered toxic.” (via thespruce.com)

Click here to read an account of a Jack Russell Terrier who collapsed and convulsed after being sprayed in a closed skunk den. He was unconscious but did survive.

I actually know somebody whose dog was sprayed right in the face by a skunk, and her dog couldn’t breathe and started foaming at the mouth and had a hard time moving–she thought he was dying.  But, eventually, he got enough air that it cleared and he ended up being fine.  Scary stuff!