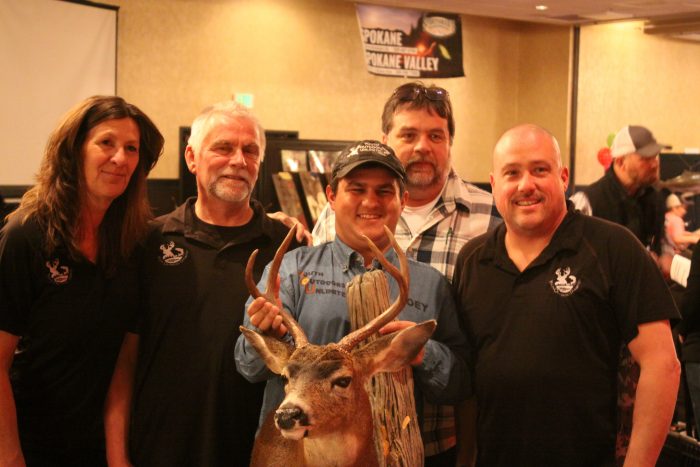 A tear filled room with tributes to young hunters and anglers who didn’t survive their battle’s with diseases too difficult to pronounce began the evening. Genuine tears isn’t the usual way to get people ready before an auction but this banquet was different. The people present at the Y.O.U banquet weren’t there to promote themselves or even to promote any outdoor activity in particular.

The usual banquet décor included the hall mark things you might expect like food for guests and raffles aimed at raising money. Photos of successful hunts and a fine list of items for the evening auctioneer to fire up the crowd adorned the stage.  By all accounts the banquet appeared no different than the myriad of outdoors banquets held virtually every month throughout the year – except for one thing… and about a hundred other things too. 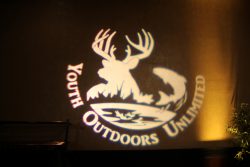 The room was silent as a video played showing one hunting and fishing trip after another with young outdoors kids smiling from ear to ear. Among those in the audience were recipients of previous trips and others anticipating their own adventure this coming year.  Stories were shared on stage and kids received their mounts from their hunts and more stories were shared.

A lone shoulder mounted bull elk shared the stage as each child and the adult hunters who accompanied them shared their stories.  The elk mount belonged to a young hunter who didn’t live long enough to receive his mount – a conspicuous reminder that we never know how much time we may or may not have. Perhaps the mounted bull also embodied all the reasons why the people in the room were really there.

Earlier in the evening I was able to visit with several of the young outdoors kids. Kids like Alex who went on a fishing trip where he caught a monster salmon.  The mounted fish was on display and he couldn’t wait to re-live the story over and again to anyone who would listen.  Another young hunter named Joey who has battled a brain tumor and went on a Columbia black tail hunt. Other kids stood up to share their story over a microphone with surprising composure. 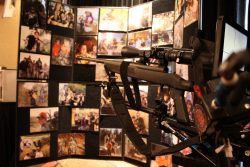 People attend fund raisers for many reasons.  It could be for simple entertainment value or to support a cause, or to raise awareness.  Searching for the reason all the people attend Y.O.U. fundraisers didn’t take long and I’m convinced that it was summed up as well as it possibly could have been by one youngster named Drake, a recipient of a past hunt and a major participant in the evening’s activities.

I visited with Drake in front of a wheel chair fitted with tracks and a rifle set up with unique features like a screen with cross hairs and several ways to fire the rifle by biting and blowing through a tube. Things we as sportsmen may take for granted require special equipment for these kids facing life threatening conditions.

Behind the gun and the wheel chair were two portable walls filled from top to bottom with photos.  The photos were of kids with bears and deer, elk and fish. The kids came from backgrounds as diverse as the species they chose to pursue.  There was no matching camo patters, no marketing ploys conspicuously integrated into photos and with a few exceptions, no exceptional trophies.  But the photos all had one thing in common as young Drake pointed out.

“Do you see those smiles on all the kids faces?” Drake asked.  “Yes” I replied.

“That is what we do here”. Drake said.

For more information about how you can nominate kids, support this organization or  for upcoming events visit: