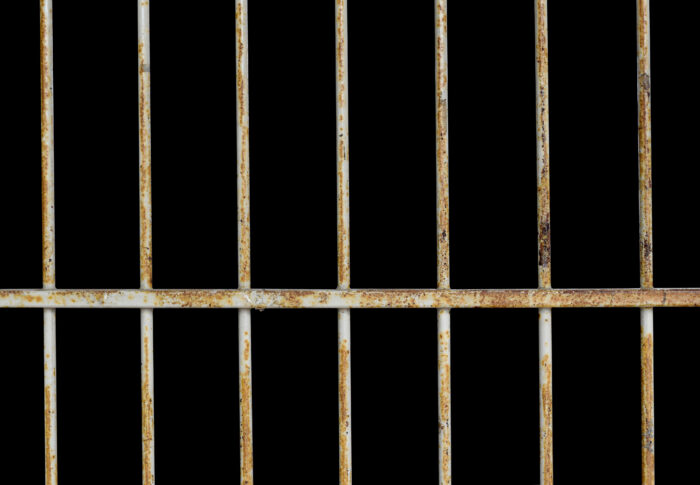 Recently we explored a few Notable Montana Films, now let’s explore a bit of Montana’s rich history! Nestled in the old ghost-town of Bannack, Montana is quite the historic treasure! 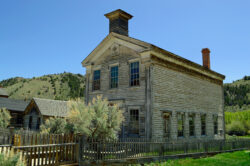 END OF THE GOLD RUSH

Founded in 1862, Bannack was populated by about 10 thousand settlers after a big goldrush. When business was booming, there were 3 hotels, 3 bakeries, 3 blacksmith shops, 2 stables, 2 meat markets, 1 restaurant, 1 grocery store, 1 brewery, 1 billiard hall and 4 saloons. Most businesses were built with logs, but a few had a false front for decoration. The only way in or out was via the Montana Trail.

Once the gold rush was over, the population in this little town dwindled, mostly maintained by miners. In the 1970s, the rest of that population cleared out, leaving just the historic bones of the ghost-town we know today. Now it is officially protected and declared a state park; This ensures the preservation of such a fascinating historical town! Bannack sits in what we now call Beaverhead County, and is closest to the charming city of Dillon. 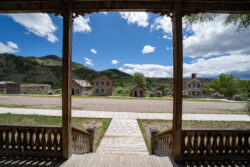 There’s a bit of a spooky history when it comes to this charming little ghost-town. On January 11, 1864, there was a violent event that rippled the calm waters of Bannack. 27 year old sheriff, Henry Plummer, had been hanged by a gang of vigilantes. In a gust of poetic irony, on the very same gallows he had constructed for a horse thief to meet his maker.

THE FIRST JAILS IN MONTANA

Bannack is famous for hosting the first jail ever built in Montana. These jails are modest compared to the ethically questionable, industrial model jails and prisons we see today. They were two modest shacks, one with barred windows and one without. There’s no plastic chairs or glass to visit the jailbirds, and in the first building there’s not even an office for the sheriff since to be one was essentially community work at the time.

There was a second jail, the one that includes luxurious windows to the open world, was constructed in the 1860s. This was after our poor Sheriff Plummer met his maker on those fateful gallows. Since the town had a small population, there was only really a necessity for 2 cells. If there were more offenders than 2, they were double or tripled bunked in one cell. Talk about a tight squeeze! 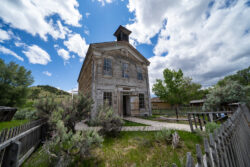 Bannack has much more to offer than just the first jail in Montana! With over 50 perfectly preserved buildings sit along Main street. The design and materials used are so reminiscent of Montana’s settler’s core, you’ll feel like you really have stepped back to the 1860s! To learn more about this historic monument and how to visit, check out MT gov’s page on Bannack!