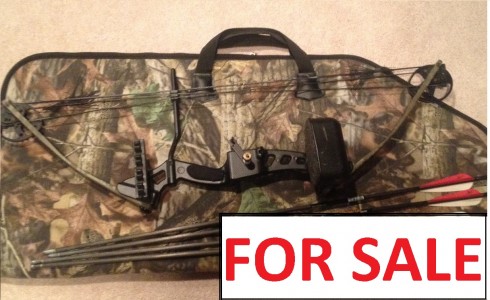 “I’m not an Internet-surfing kind of guy,” said 30 year-old John Ragan, a recently laid-off carpenter from Westminster, Maryland, regarding a recent post he added on a hunting website (marylandwhitetail.com) where he was attempting to sell all of his bowhunting equipment.  He was interested in making $600, as he was thinking that would be enough to buy his family Christmas presents that year–he didn’t expect what followed his post.

That single post changed his life.  Not only did he get donations from fellow hunters that allowed him to buy presents for his 12 year-old son and his 9 year-old daughter, but he managed to receive donations totaling upwards of $2300!

Being currently out of work, John also got some potential employment leads and could be starting a job as a result of the generosity and support of his fellow hunters.  According to the Baltimore Sun article, John and his family are using the excess money of the $600 he asked for to give to the homeless.  The Ragan family is choosing to buy hats and gloves for the homeless and planned to help serve Christmas Eve dinner at the Hartford County Shelter this Christmas.

Ragan was quoted saying “Grown man here who thought I was a little bit tuff [sic] has tear in his eyes. You guys have totally turned the xmas spirit around in my home today.”

This hunter is having a merry Christmas this year, because of fellow hunters.  There really are angels out there, and this story proves it!

To read the full story in the Baltimore Sun, click HERE.