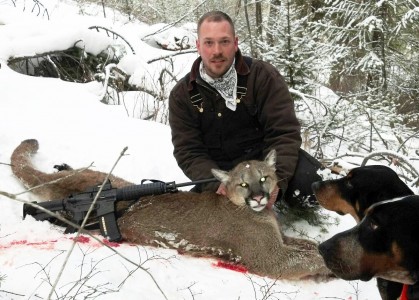 Jeramiah Mathis, of the Hamilton, Montana area, has been hunting his entire life, and before he was legally able to hunt, he was tagging along with his Dad while he was hunting and laying traps.  Jeramiah wasted no time having his first successful hunt and shot his first deer at the age of 12.  His passion for hunting increases with every hunt he does. 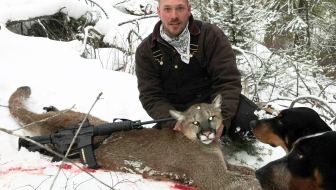 Now 29 years-old, Jeramiah went on “his” first cat hunt up the West Fork on February 10th of this year.  He had been out before with his father-in-law, a local outfitter at Rocking W Outfitters in Darby, assisting out-of-state hunters with their mountain lion hunts, but Jeramiah hadn’t ever been the one trying to fill his own cat tag.

Jeramiah’s hunting buddy on this particular trip was his six year-old daughter.  “Hunting is in her blood”, Jeramiah responded with when I asked him if his daughter has any interest in hunting when she is old enough.  “She is always asking me to take her up in the snow to look for animals” he added.  This lucky youngin got to be right there with her parents when her Mom shot her first whitetail and her Dad shot his first mountain lion.

The cat was taken with Jeramiah’s AR-15 sporting rifle.  This particular gun is his gun-of-choice while hunting nowadays, and it certainly proved to be effective with this hunt!

Congratulations, Jeramiah!  We look forward to seeing more of you and your family’s hunting success stories in the future! 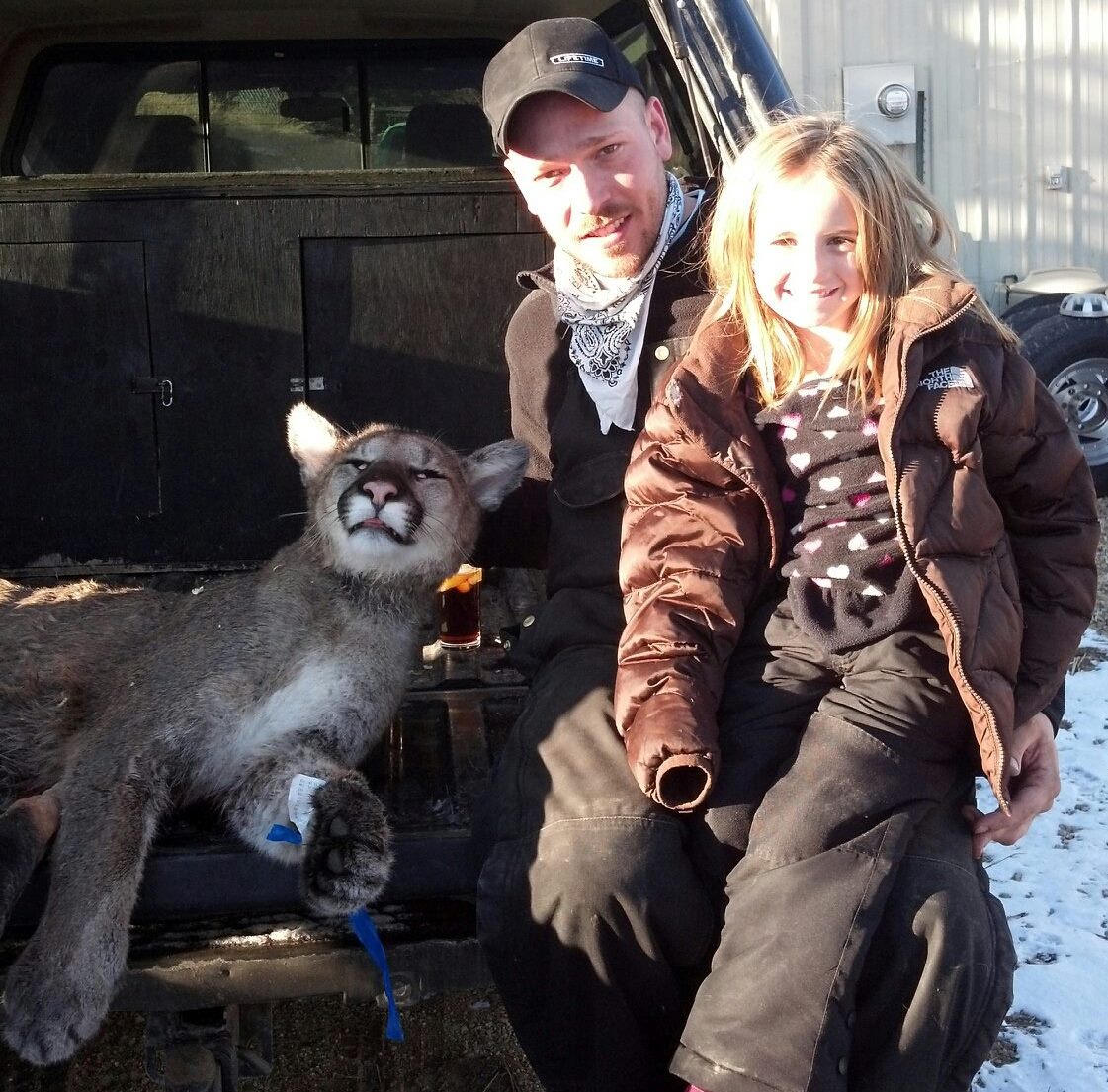