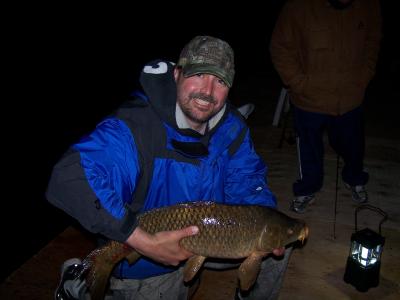 You may have big plans for July 4th weekend, but one angler has record breaking plans; catch the most fish in one day!

Johnny Wilkins, founder of the Chicago Fishing School will attempt to break the Guinness World Record for most fish caught by an angler in a 24 hour period. The 24 hour period starts at 7 a.m. central time on July 5th through July 6th 7 a.m. at Lake View Nature Center, Oak Brook Terrace, IL.

In order to break the current record of 2,649 fish caught, Wilkins will need to average nearly two fish per minute. The world record attempt is taking place to raise awareness for the quality of urban outdoors so close to Chicago and to raise money for two charities. 100% of the proceeds from the world record attempt will benefit two charities; Ronald McDonald House and Wounded Warrior Project.

According to an article in Chicago Tribune, Wilkins will fish from shore in the public park for 24 hours consecutively, try to catch as many fish as possible in a single day with a single pole.

“ I want to go for this record to show people there is great fishing within the sight of the Chicago Skyline and to better appreciate their local environment,” Wilkins said. “Fishing shouldn’t be something that is done far away, it should be something people do because it is inexpensive and close to home – not just on vacation.” “My fishing tackle will be very similar to that used by our first president George Washington in the colonies over 250 years ago.” Wilkins states that “most people get hung up on electronics, the boat and piles of lures and they never learn the skills or equipment to catch many fish locally.”