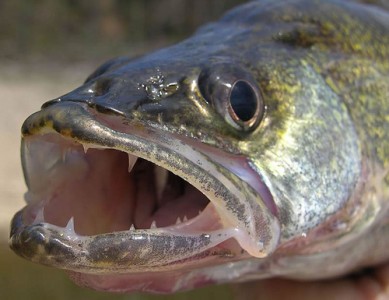 Over the life of the event, there were only 4 years in its history that 25 pounds of fish didn’t win the event. This year for the final results, 25 pounds didn’t even put you in the money.

In fact, the team of Gordy and Tanya Matson from Ennis, MT one of the Townsend Marine and Lund Pro Staff teams had a 2nd day total of 26 pounds and an overall total of 43.52 pounds with 10 fish to win the event. Taking home over $5000 in money and prizes, including the Top Mixed Couple/Iron Man Award from Steel Etc. in Great Falls, Top Lund team with a check for $500, Top Navionics team with a voucher for a map worth up to $200, Mack’s Lure Gift Certificates for each member, a voucher from Townsend Marine worth up to $500 on a qualified purchase and $4975 of tournament winnings for day one, day two and final results. They caught a 12.06 pound fish with minutes to spare at the end of day two to wrap up the win with over a 7 1/2 pound margin over the 2nd place team.

2nd place was the team of Jack Schilla of Valier and Leonard Bauer of Aitken, MN. They also won the Scheels Dinosaur Award for a team with a member over 62 and the largest weight. Leonard won the Town Pump Lewis & Clark Travelor Award – a gas card worth $100 for traveling about 1000 miles to fish the event.

3rd place went to the team of Andy and Breydan Rose of Huntley, MT. They took home over $1600 in cash plus additional prizes and cash for winning the Top Adult/Child division with a check for $100 from Bob and Patti Hickey and a set of rod/reel combos from Scheels Sports in Billings, MT.

4th place went to the team of Terry and Cody Eisenbarth — taking home winnings of $1545.

The 5th place team was Ron White and Jeff Ingram from Helena who also took home the Top Ranger Team award and a RangerWear Certificate worth $500 from One Way Marine in Helena and Ranger Boats — along with the cash winnings of $1325.

The Cool Under Pressure Award went to the team of Jerry Grosenick and Roy Arves receiving a set of boat trailer tires from Randy Redfern and A-Z Tires in Billings, MT. They also received the honors and the Fenwick Largest Walleye and Mack’s Lures Largest Walleye Award with a set of nice Fenwick jiggin rods and a tackle pack from Mack’s Lures for the largest walleye for the event a whopping 15.08 pound fish that they kept to mount. Unfortunately, that decision cost them a lot since if they had released the fish, they probably would have won the free replica mount from Dan Gill and Lewistown Taxidermy and a check (last year it was $1100) from the region 3 Walleyes Unlimited chapters.

The largest walleye caught and released during a circuit event wins the free replica mount and gets a really nice check — so at this point, the 13.69 pound fish caught by the team of Mario Pinocci of Great Falls and Robert Strunk of Vaughn is a potential winner depending on what happens August 10 -11th at the Fall Classic which is the final event for the circuit and being held at Fourchette Bay on Fort Peck.

It is pretty interesting to note, that at the Tiber event this year, there were 6 walleyes over 12 pounds caught over the 2 days — pretty amazing. Tiber does hold the current state record with a whopping 17.75 pound fish caught a few years ago by Bob Hart from Missoula.

The Scheels Hardest Charger Award with a couple of $100 gift cards went to the team of Alex Ferguson and Gordon Guffey of Great Falls who zeroed on day one, but came back with a nice 9.78 pound weight on day 2 with 5 fish.

The tourney paid day money down to 21st place each day and down to 12 place for the overall final results. This year it took 25.32 pounds to end with a check for 12th place — absolutely amazing considering what the weights have been in years past.

Plaques were provided by Townsend Marine, Tri County Countertops and Matt Zeadow of Townsend and Gordy and Tany Matson — plaques were through K2 Laserworks in Billings and Todd Koessl who donates the plaques for the year end awards. They are very nice.

Montana Silversmiths has donated belt buckles for the year end Mixed Couple and Adult/Child divisions which is turning into a very competive and close race.

Overall, the weather was great and based on the numbers of nice fish, this is undoubtedly the best Tiber has ever been. And based on the number of other smaller fish caught and released, the future looks really good. There are a lot of different year classes of fish and lots of forage for them to eat.

Water temps were in the low 70’s and fish were being caught throughout the entire system — some shallow and some deep.

Bottom line, it will be very interesting to see what happens at the Fall Classic at Fourchette. Typically, the fishing there this time of the year is awesome and of course Fort Peck has a reputation as being one of the best walleye fisheries in the country with lots of BIG walleyes. The Angler and Team of the Year decsions won’t be determined until this event is over and right now it looks like the race is as tight as it has ever been — we will try to get those results posted in a few days.