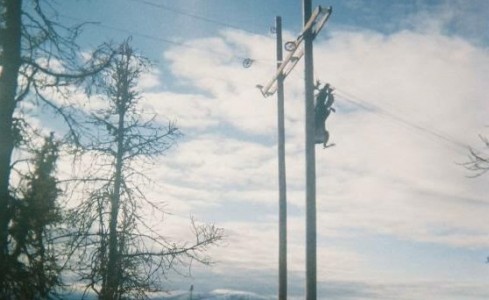 Moose Accidentally “Hangs Out” 50 Feet in the Air
By angelamontana 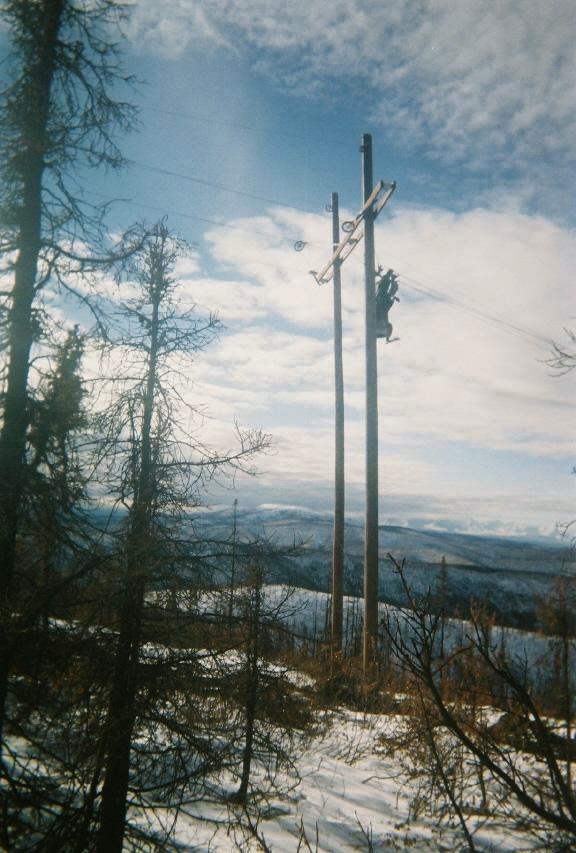 This story was verified on snopes.com, if that means anything to the validity of the incident to you, and it turns out the story for this massive bull moose is quite sad.  Here is what  found its way into email inboxes around the world a few years ago and is still circulating to this day:

Isn’t that just amazing. They were laying new power cables. They were strung on the ground for miles. The moose are rutting right now and very agitated. He was thrashing around and got his antlers stuck. When the men (miles away) pull the lines up with their big equipment, he went too.

They couldn’t get the lines right and went searching for the problem. He was still alive when they lowered him, but he had to be shot later because he was in distress. He was a huge 60 inch bull.

The Snopes website states that this incident happened on October 5, 2004 about 80 miles southeast of Fairbanks, Alaska.  Apparently, the email story was accurate.  Unfortunately, even the part of the email stating that the 1,200 pound bull was alive after he was lowered back down to the ground and the part stating the bull was killed is true, as officials deemed the situation too dangerous to tranquilize him before attempting to untangle his antlers.

I can’t imagine witnessing this incident.  I wonder what happened to the meat and what they ended up doing with his antlers.