Montana is known by hunters around the world for its trophy game animals, and, thanks to an out-of-state hunter, since November of 2008, it is known for a trophy llama–yes, a llama. 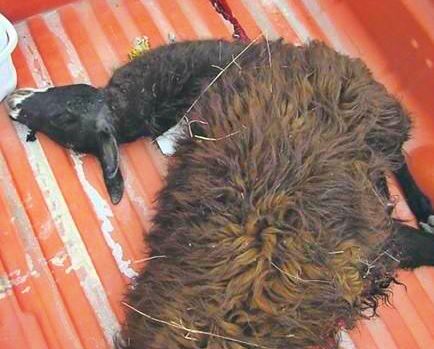 An article on outdoorlife.com explained how Rusty Saunders, of Fort Edward, New York, thought a black and brown llama was an elk–and after he shot it, he even field-dressed it.

Saunders did ultimately turn himself in to a game warden in Livingston after realizing there was a case of mistaken identity with his latest Montana trophy.  Llamas are considered farm animals in United States rather than wildlife, so the incident was turned over to the Montana Department of Livestock and then later to Park County authorities.  There were never any citations issued.

One could only assume that the man panicked after he realized it was a llama, so he field dressed it as to not waste any meat, but who knows, because he still put his elk tag on it.

(Story and photo from outdoorlife.com)