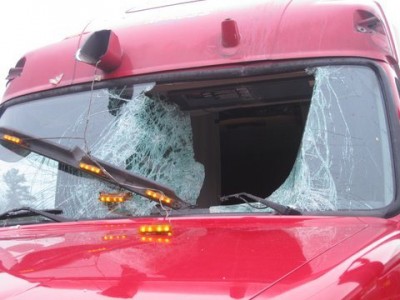 December 7, 2012 was just another night on the road for a semi-truck driver going through Virginia, headed to New Jersey.  That is until somewhere around 12:30am, a dead deer with a noose around its neck plowed through the trucker’s windshield…

According to wtvr.com, the truck went underneath an overpass, where a dead deer with a rope tied around its neck literally broke through his windshield, while the rope hit him in the face and glass shards were stuck in his eyes.

“All I know is that when I came up on the bridge it wasn’t hanging there,” says the driver. “And then I looked up and a deer came over the bridge on a rope swinging at me.”

Why would anybody do this to the deer or to drivers traveling on I-295?  The police still, almost a year later, have no suspects.  Was it just a couple of pranksters that took things too far?  No matter how you look at it, the incident is just plain wrong and extremely dangerous.  When the perpetrator, or perpetrators, are caught, they will be facing felony charges.

Have you ever seen anything as bizarre as this in Montana? 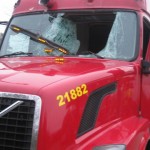 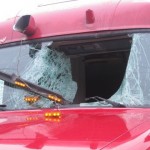 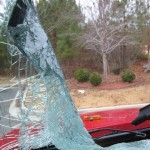 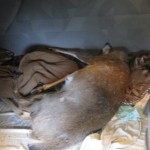 (Information and photos via wtvr.com)