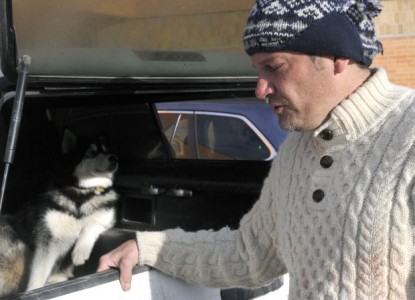 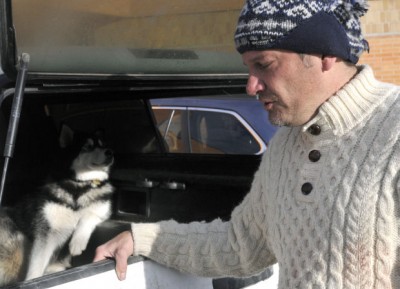 Here is a story I just found on the Missoulian’s website earlier today, and I am not really sure what to think about this…

According to the article posted on the missoulian.com this morning, a man was out cross country skiing at Lee Creek, near Lolo Pass, with his three dogs on Sunday when all of the sudden, a single gun shot echoed.  The man’s malamute was shot in the leg, and then shot multiple times after that by a man that was alleged to be wearing camo and carrying an assault rifle.  The man was reportedly standing 15 yards from the dog while the skier was yelling at the guy, asking what he was doing.  The dog did end up dying.

First of all, it is so sad hear of the loss of anybody’s pet. That is terribly sad to read.  But, why on earth would a HUNTER be out in the woods during rifle season without orange?  The skier said the man was in camo, but there was no mention of orange.  And if anybody has dogs, regardless of what type of dog they are, I would hope they have orange on them while they are outside on public land, especially during Montana’s rifle season and wolf hunting season.  I know a lot of people are against wolf hunting, and I know a lot of people are for it, but regardless of which side you are on, make sure as a hunter that you know your target, and as a non-hunter, you take the proper safety precautions for you and your pets while you out in the mountains.  Please put orange on your pets as well as yourself during Montana’s general rifle season and during the wolf season.

Here is Layne Spence’s story by Missoulian below:

A Missoula man is heartbroken and angry after a day of cross-country skiing with his malamute dogs near Lolo Pass turned into his worst nightmare Sunday afternoon.

Layne Spence was skiing with his three dogs on a quiet logging road in Lee Creek when, according to Spence, a rifle shot echoed through the air.

Then, Spence saw his 2-year-old brown and white dog, “Little Dave,” fall down with a shot to a leg.

About 15 yards away from him and his dogs, Spence saw a man in camouflage holding an assault weapon.

“I started screaming ‘Stop, stop,’ and the man kept shooting,” said Spence, 48, and who is often seen walking his dogs around Missoula’s river front. “And he kept shooting.”

“My dog is lying there, dead and I shouted ‘What are you doing?’ and the guy said, ‘I thought it was a wolf.’ ”

After the man allegedly shot Spence’s dog six times, he took off without another word, leaving Spence to deal with the tragedy of his dead dog.

Spence abandoned his skiing gear to carry Little Dave out, and to get his other two malamutes, Frank and Rex, to the safety of his truck.

When he got back to Missoula, Spence filed a report with the Missoula County Sheriff’s Department.

“This doesn’t have to happen,” said an obviously distraught Spence. “Not every big dog is a wolf. These are pets, they all had their collars and lights on, they were all with me the entire time.

“People need to know what a wolf looks like before they start shooting,” he said. “And I was standing right there.

“What if I had a child on a sled, what would have happened if a bullet ricocheted?”

“There are other people who use the woods besides hunters this time of year.”

The incident remains under investigation by the Missoula Sheriff’s Department.

Anyone who has information about the shooting is asked to call Crimestoppers at721-4444.

(Information and photo by missoulian.com)