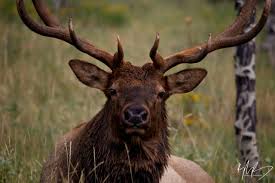 A Malta man and a Nevada man have been convicted and sentenced on hunting-related charges in Phillips County Justice Court.

Buhmann said Mahan, who had previously lost his privileges in Montana for life for killing another elk without a valid license, recently entered into a plea agreement. He paid fines and restitution totaling $6,310 and was sentenced to 180 days in jail to be served under house arrest. Mahan also can no longer accompany any hunters in the field.

Two sets of whitetail antlers, two sets of elk antlers, one cow elk and one set of antelope horns were recovered from Mahan

Myers was fined a total of $3,430 for the six violations that took place during the 2008 and 2009 hunting seasons. He also lost his hunting, fishing and trapping privileges in Montana and the 38 other states participating in the Interstate Wildlife Violator Compact.

“These convictions were the result of a multi-year investigation by the Region 6 enforcement team,” said Warden Dirk Paulsen of Chinook. “We’re grateful that justice has been served.”