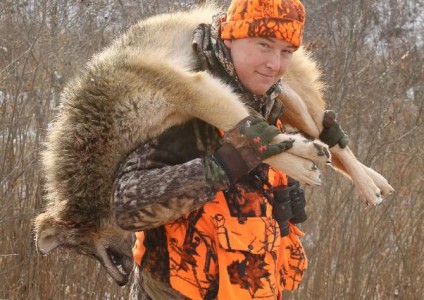 A Bemidji State University student was out near Walker, Minnesota, hunting deer, when he hear footsteps.  He looked through his scope and couldn’t see anything, because it was “iced up”.  After he cleared it, he couldn’t believe the opportunity that presented itself before him.

Check out Andrew Seagren’s story posted below from startribune.com website.  The moral of his story? Always expect the unexpected…

Deep in the woods near Walker, Minn., Andrew Seagren was clearing away leaves at the base of a tree so a deer-hunting friend could sit there later.

Then he heard footsteps.

“I looked up and didn’t see anything, so I kept clearing the spot, while grunting and bleating [mimicking a deer] with my calls to cover my noise,” said Seagren, a 21-year-old student at Bemidji State University. He was taking a break after wolf hunting earlier in the morning. “Then I looked up again and saw a wolf trotting between two wetlands about 60 yards away.”

Standing in the open, Seagren raised his rifle and peered through the scope.

He cleared the ice away, shouldered the rifle again, spotted the wolf, now about 100 yards away, and fired. On the last day of Minnesota’s early wolf season, Seagren bagged his first-ever Canis lupus.

That’s an understatement, considering last year only 4 percent of wolf hunters were successful during the early season, which coincides with the state’s firearms deer season. Minnesota’s second managed wolf season ever is about half over, and hunters and trappers have killed 110 wolves — half of this year’s target harvest of 220. 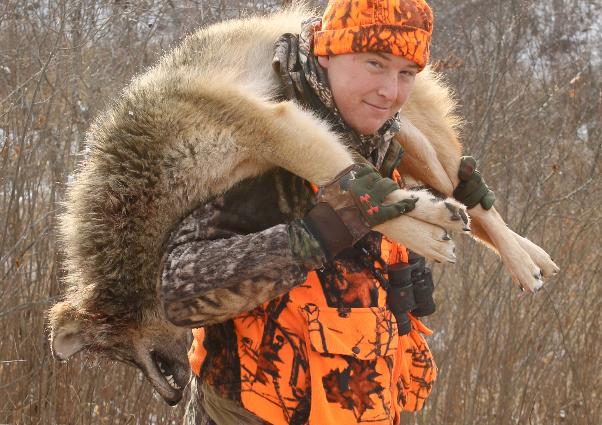