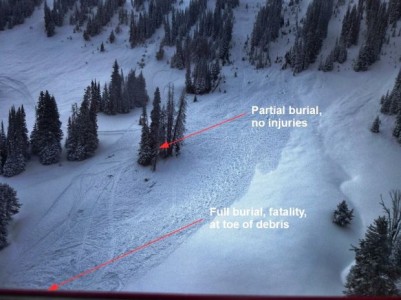 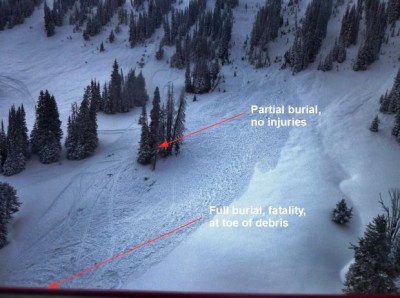 The Bozeman snowmobiler killed in an avalanche on New Year’s Day may have tried to outrun the slide, according to a post-accident review by the Gallatin National Forest Avalanche Center. The 46-year-old man was also equipped with an airbag backpack specifically made to survive avalanches, but the bag was never deployed.

The death was the first avalanche fatality in Montana in over a year. The slide was remotely triggered, meaning that although the riders were below the slope on less steep terrain, they collapsed the snowpack. When that happens, like dominoes falling the collapse can travel uphill at the speed of sound until it reaches a steep area and releases.

More often, avalanches are triggered by snowmobilers or skiers riding on the slopes. Remote triggers are evidence of high avalanche danger. The avalanche center had issued a high avalanche danger warning the day the rider was killed. One of his two partners survived the slide, although he was almost completely buried except for his hand. The second rider managed to dig himself out. http://bit.ly/1idHyw2