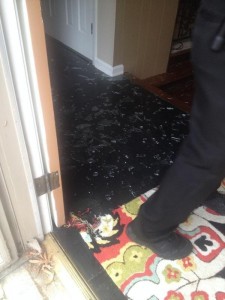 Deer Has Heart Attack After Being Caught Burglarizing Home
By angelamontana

According to an article on wmctv.com, a doe decided to break into a residential home in Covington, Texas, while the homeowners were on vacation. They returned home to the doe in their living room. The deer actually went bazerk when she saw homeowner, Chad Smith, and ran into the walls, the tv and the window, leaving so much blood and unfixable damage in her wake, the house looked like a murder scene.

They called a game warden for assistance who let the deer out the back door where, shortly after, she dropped dead in the yard from a heart attck, mostly thought to be from stress. So much for relaxing after vacation.

Here are some pictures from the “crime scene”. 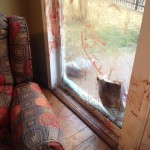 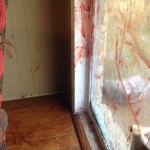 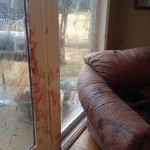 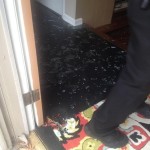 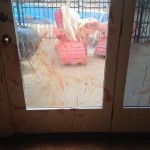