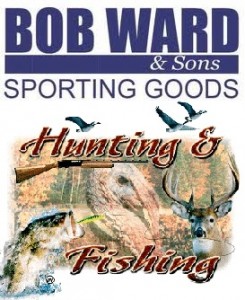 The countdown continues to get your Moose, Sheep, and Goat special permit applications in. They are due by May 1st. You may have heard reports of .22 caliber ammo shortages. Well, Bob Ward’s has limited quantities of .22 and .223 so swing on in.

The Upper Madison is really rocking using a stonefly dropper combo. Stick with the baetis and midge pupa patterns. There have been some nice midge hatches so be sure to have some dry fly midges with you. The streamer fishing is starting to pick up, best to hit those on cloudy days.

Lower Madison water visibility is up and down. Crayfish is the name of the game in size 10 or 12.

On the Gallatin the water clarity is always changing. Try light colored streamers and definitely hit it with stonefly nymphs.

The Yellowstone is poor according to reports. For now hit the other rivers and you will be considerably more pleased with the results.

Don’t forget that May 17th is when all the winter closure water ways open up.

Fishing is picking up this week in Southwest Montana with warming temperatures. Fishing for the spawning Rainbow or Brown trout at various locations seems to be the biggest draw. This past week, the spawners on the Missouri and Beaver creek were hitting Rapalas and bigger crankbaits rather than spawn bags. As the spawn reaches the latter stages, the fish begin to actively feed to put on weight and regain strength. The Jefferson River and Beaverhead River have been active in SW Montana for bait fishermen and fly fishermen alike. The Ruby Reservoir has been fair bank fishing this past week with night crawlers and orange garlic marshmallows fished in the deeper areas. The ice has receded up to about 40yards from the shoreline giving plenty of room to cast.