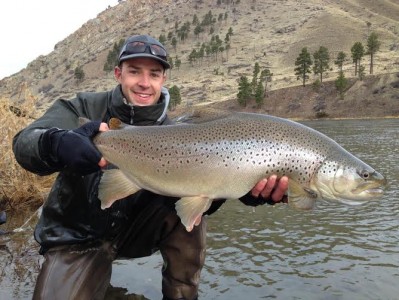 UPDATE:  The mystery angler contacted us!  His name is Cole Hoefle, of Billings, and he caught and released this monster in early April.  VERY nice, and thank you to Cole for letting us know!

The Captain received this photo from Paul Moseley of Missoula. The story with the picture is not confirmed but sounded good enough to post.

An angler (who we don’t have his name) recently caught and released the pictured 31 inch 17 pound Brown trout while fishing below Hauser Dam on the Missouri River. We thought you might want to see a picture of the big fish, even though we don’t have all the facts to go with the post. If anyone else knows the angler or any other information, please feel free to share.

Just in case you are wondering, the Montana State Record Brown Trout is 29 pounds caught out of Wade lake in 1966 by EH “Peck” Bacon. 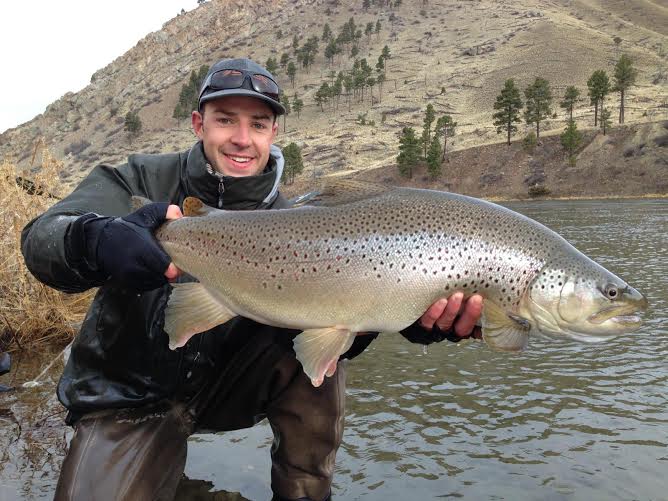