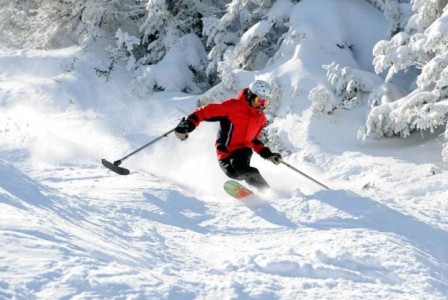 Meeting Vasu Sojitra made me feel like a complete slacker. Sojitra is a 22-year-old college graduate and avid backcountry skier who recently relocated toBozeman to be closer to some prime skiing country. That in itself isn’t unusual, the draw of the mountains pulls many folks to Montana. What is different about Sojitra, though, is that he’s an above-the-knee amputee who doesn’t wear a prosthetic. So when he goes backcountry skiing, hiking up mountains to ski down, he’s got a bit of a disadvantage over the rest of us. But you’d never know it. Using outriggers that he specially adapted, he climbs uphill and glides downhill incredibly well. A recently shot film of his skiing exploits has been entered in the 2014 Banff Mountain Film Festival. Even without that recognition, though, Sojitra is an inspiring guy. He’ll try any sport once, and if he can do well, he’ll keep at it. So don’t call him disabled.