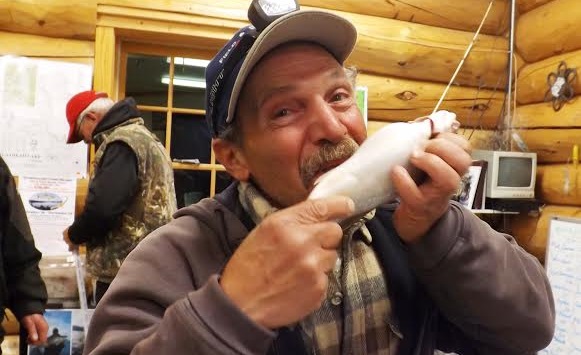 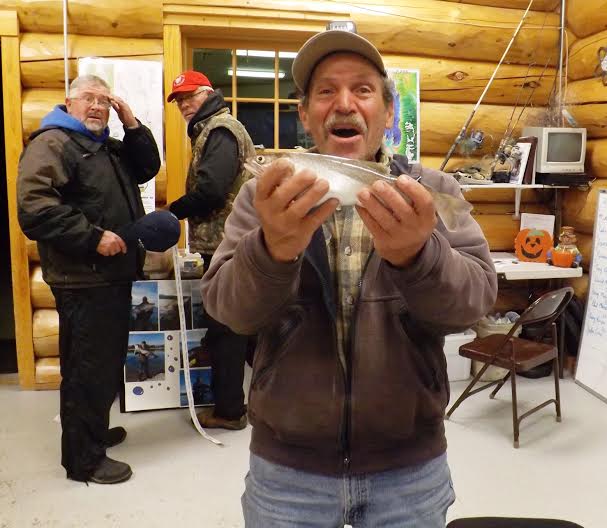 A lake trout with a tag valued at $10,000 was caught by Felix Gauci on Saturday and was the cause for lots of excitement in the 2014 Fall Mack Days Fishing Event during the fifth weekend of the event. Felix was surprised to find out he had the tagged fish in his cooler as his fish were counted in. He was even more surprised when he found out it was the sought after $10,000 fish everyone had been hoping would be on the end of their fishing lines. Several anglers who were present at the check in witnessed the excitement of the moment. All were stunned, excited and happy for the hard working angler from Stevensville. “It really was out there” was heard and joked about as the anglers congratulated Gauci. Felix is currently in second place in the top ten angler standings.

Mack Days events are sponsored by the Confederated Salish and Kootenai Tribes and are used as a tool by CSKT to reduce numbers of non-native lake trout in Flathead Lake. Tagged fish are used for prize incentive and several research purposes including growth, movement, and population estimates. There are still (2) $5,000 tagged lake trout and (5) $1,000 lake trout plus over 5,000 with values from $100-$500 in Flathead Lake.

The second of three Bucket of Fish Days was Saturday. Winning $200 with a bucket weight of-26lbs.2ozs.-for his 4 fish was Ted Peterson of Hamilton, 2nd place went to Richard and Laurie Kreis with a bucket weight of 25lbs.14ozs, 3rd-Bob and Bobbi Hereford -23lbs.7ozs., 4th-Tim and Jeanee Mooney-18lbs.3ozs., and 5th was Bill McIntyre of Conrad and Craig Morigeau with bucket weight of 17lbs.13ozs. The last bucket day will be Sunday November 9th.

We remind all anglers to be safe and always have the proper safety equipment on board.