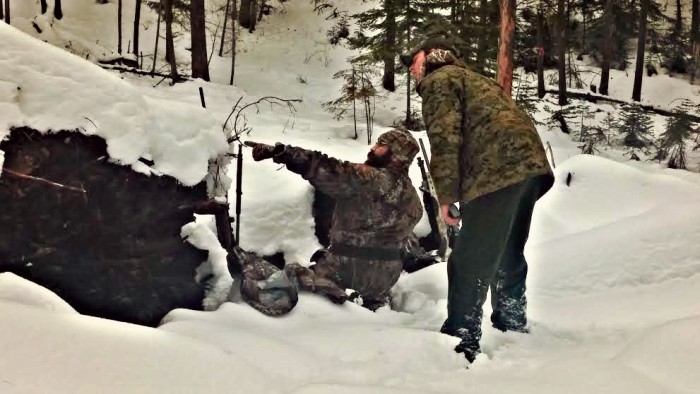 Over 100 participants registered for the Great Montana Coyote and Wolf Hunt that was sponsored by the Montana Trappers Association, Montana Sportsmen for Fish and Wildlife and Idaho for Wildlife this past weekend.  A huge congratulations to all of the sportsmen and sportsmwomen that brought something home, too!  Whether they found hunting/trapping success with coyotes and wolves during the hunt or were drawn for one of the many prizes given out, which included everything from $7.00 to $250.00 in cash prizes and an assortment of donated items including traps, snares, t-shirts, sweatshirts, lure, trapping bags, hats, stickers and more, there were a lot of smiling faces. 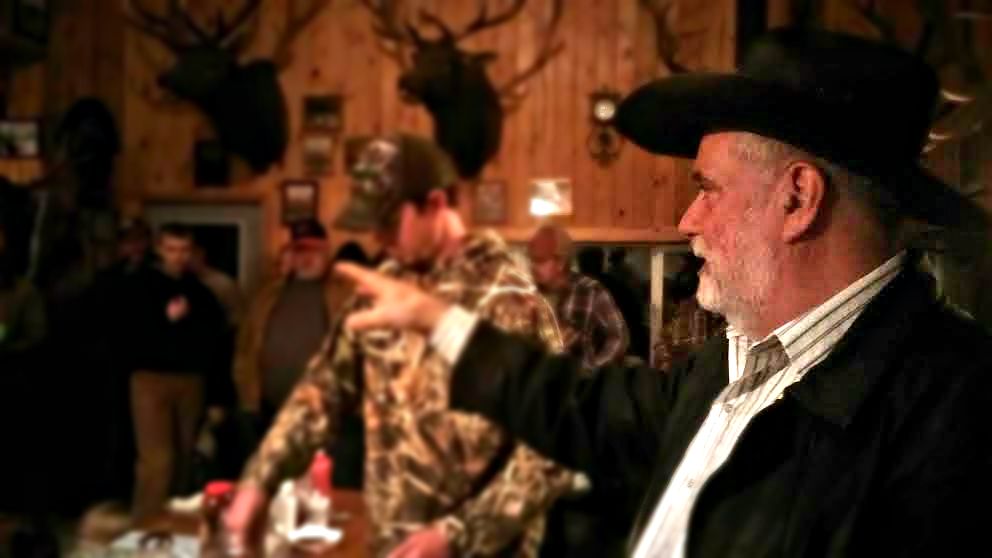 Local ranch owner Bill H. takes a moment to thank everybody for their participation

Dan and his wolf

Above and beyond the expectations of the majority of people who heard about the organized hunt, one of the success stories involved this particular wolf (pictured on right) that was harvested by a participant on Sunday, January 18th.  The male gray wolf was taken by a Montana trapper, Dan H., and is estimated to be around two years-old.  When Dan approached the wolf in his trap, he said the drag was just lying on top of the ground, but the wolf had managed to wrap the chain around a tree and didn’t realize that if he just backtracked, he would be free from that particular tree, until the drag caught on something, of course.  Good work, Dan!

Missing being included in the hunt by just two days, two more wolves were harvested by a pair of trappers who had a trapline in Sanders County.  The trappers had been tracking and following a particular pack of wolves for two years and were successful on Thursday, January 15th.  Although, the two wolves didn’t count toward the hunt, those wolves and all of the other wolves and coyotes that were harvested that weekend are a victory for wolf and coyote management supporters in Montana.  Good job!

The turnout for the very first Great Montana Coyote and Wolf Hunt, which will be an annual event in Trout Creek, was more than expected, and the results were fantastic.  Sportsmen from all over Montana and outside of the state united for this event, and the hunt proved to be a great place for sportsmen to connect with other sportsmen.  Overall, the mission of the hunt, which was to help manage the area’s coyote and wolf population, was accomplished.  Awesome work thinning out the population of wolves and coyotes, hunters and trappers!

Great job to all involved with the planning and the reinstatement of this event, and be sure to watch for details for next year’s Great Montana Coyote and Wolf Hunt! 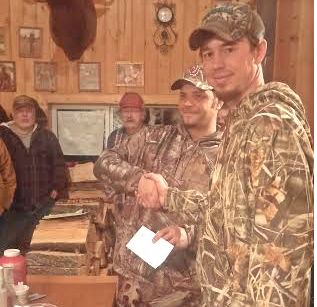