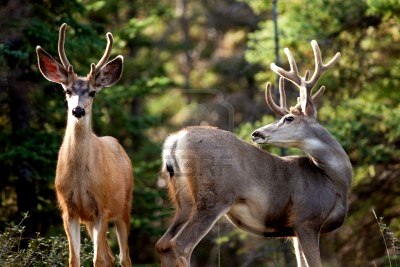 A husband and wife team from Fergus County who ran one of Montana’s largest game farms has been fined for unlawful possession of game animals, incomplete recordkeeping, unlawfully allowing wild animals to enter their operation and fencing violations.

Ivan Lynn Bowman, 71, was fined $3,999, given a suspended six month jail sentence, and forfeited his hunting, fishing and trapping privileges for five years.

Because Bowman’s privileges are already suspended till October 2015 for shooting an over limit of antelope in 2013, the current sentence will begin then.

The sentences came April 14 from a plea agreement in the court of Tenth District Court Judge Jon Oldenburg.

In a related civil case, the Bowmans also agreed to pay a $5,000 fine and shut down their operation.

Located in the rugged country along the Judith River between Hilger and Winifred, the Bowman’s operation, Judith River Ranch, at 1,460 acres is the largest in Montana by acreage. The operation is the state’s third largest in terms of animals held with as many as 161 elk reported by the Bowmans in 2011.

The case against the Bowmans started in February 2014 with a tip to the Montana Department of Livestock, which oversees alternative livestock operations.

Fish, Wildlife and Parks became involved because it was alleged the Bowmans had illegally captured wild elk and allowed paid hunting of their animals, which has been illegal since the passage of I-143 in November 2000.

In April 2014, FWP found the Bowmans had inadequate fencing and illegally allowed nine mule deer and two antelope to enter.

In May 2014, DOL investigators and FWP game wardens inventoried the Bowmans herd and found they reported 47 more elk than they had. In addition, seven wild elk were discovered: four bulls, a cow and a calf.

The civil case was settled Feb. 27 in which the Bowmans were fined and agreed to close their operation and liquidate all their domestic elk by Oct. 27, 2015.