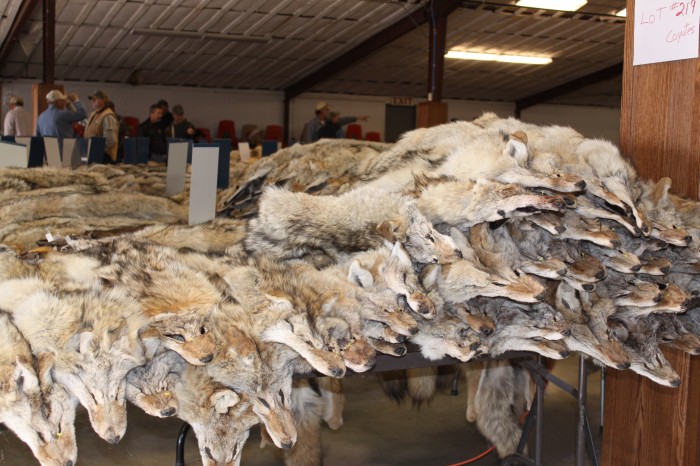 Project Coyote and the California Secretary of DNR
By Toby Trigger

The California Secretary of Natural Resources, John Laird, was the special guest of the evening. Laird has authored over 82 bills, has been approved and backed by the Sierra Club and the California League of Conservation Voters. The bills he is responsible for created the establishment of the Sierra Nevada Conservancy. Laird has been involved in California’s conservation debates and political reforms for decades and sportsmen and women should take the time to get to know him.

The issue with agendas like that of Project Coyote is the difference between protectionist and conservationist theory. While America’s sportsmen follow a wildlife conservation lifestyle of balance and regulation, protectionists fall short. Animal protectionists are within the animal rights movement but are distinguished from animal abolitionists in that they are far more reasonable in their argument because they don’t believe all animals should have equal rights to humans. There is a utilitarian connection to some degree that is backed by the belief of animal welfare ethics. The biggest issue with the animal protectionists is that the efforts are quite myopic. Their efforts lack solutions that truly care for our wildlife long term while vilifying sportsmen and women, successfully passing bills that infringe on personal rights to hunt quarry and ultimately jeopardizing our wildlife populations.

While the animal protectionist philosophies mention a moral code of protecting living beings, it seems to leave out any ideas or codes of ethics that address conservation, wildlife management and other requirements of dealing with human impact on our world. Therefore leaving a gap to explain what would happen if all animals were protected and given rights, released into the back into the wild or otherwise returned to nature out of human control. Likewise they fail to address, who is going to pay to protect and sustain nature if this happens? Currently outdoorsmen and women pay almost exclusively to protect our wildlife outnumbering tax revenue that goes to conservation by 9-1.

Furthermore, sportsmen contribute about $8 million a day to conservation and more than $200 million in excise taxes annually, while the animal rights movement contributes nothing to wildlife management stating, “[i]f left unaltered by humans, the delicate balance of nature’s ecosystems ensures the survival of most species”. The fact is the very existence of humans’ means nature is impacted and therefore without total extinction of humans, someone must care for our wildlife and ecosystems to maintain a healthy balance.

Original Article from: The United States Sportsmen’s Alliance at: http://www.sportsmensalliance.org/news/protectionist-allies-project-coyote-calif-secretary-of-natural-resources/