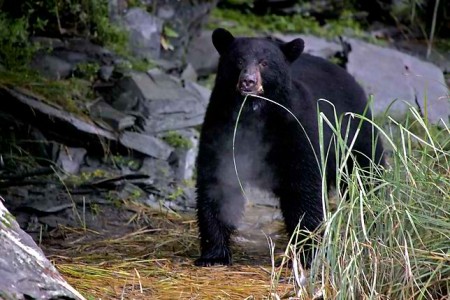 The Sportsmen’s Alliance believes wildlife management decisions belong in the hands of trained biologists who use data and proven science to balance habitats and mitigate human-wildlife conflict.

As such, the Sportsmen’s Alliance has sent a letter to Kentucky Gov. Steve Beshear urging him to dismiss a request by the Humane Society of the United States that called for an emergency stop of the 2015 bear hunt, the impetus of which is based solely on emotional rhetoric and an espoused agenda to end all hunting.

In a letter obtained by the Sportsmen’s Alliance, Kathryn Callahan, the Kentucky State Director for HSUS, pleads with Gov. Beshear to stop the bear hunt. Using emotional language and making unsubstantiated statements, Callahan espouses a case that runs long on rhetoric and short on fact – statements the Kentucky Department of Fish and Wildlife unequivocally and expertly refute with legitimate fact.

“At the end of the day, this isn’t about management or harvest quotas. It’s about their desire to stop bear hunting entirely. It wouldn’t matter if a single bear was the quota, the Humane Society of the United States wouldn’t approve, and they won’t be satisfied until all hunting is stopped everywhere,” said Adam Wright, Sportsmen’s Alliance associate director of state services. “We’re hopeful Gov. Beshear will listen to Kentucky’s expert wildlife biologists who rely on facts, science and data when managing wildlife.”

The “emergency request” by HSUS was spurred by the fact that the quota for the fall archery black bear hunt was set at 10 bears total, or five female bears only, but because bowhunters experienced greater than anticipated success rates during the two-day season, 22 bears were killed, 10 of which were females.

“Because the Kentucky Department of Fish and Wildlife has taken a conservative approach in implementing their bear seasons, the exceeded quota does not pose a threat to the viability of the bear population,” said Wright.

With upwards of 700 bears in Kentucky, the removal of fewer than 50 animals does not impact that overall population of black bears in the state.

The Kentucky Department of Fish and Wildlife has done an expert job managing the state’s bear populations using data and science as it pertains to proper habitat balance, reproduction rates, bear range and resource requirements, as well as mortality rates that include hunting and non-hunting related deaths.

We’re hopeful this emotional and unsubstantiated ploy that is driven strictly by the agenda of a radical animal-rights group will rightfully be rejected by Gov. Beshear.