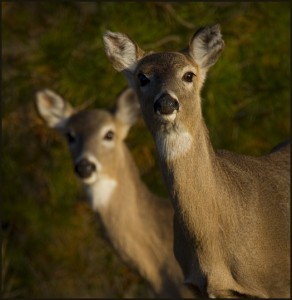 MILES CITY — Two Forsyth-area people were charged Tuesday with obstructing a peace officer after Montana Fish, Wildlife and Parks game wardens confiscated a deer that was illegally held captive on their property.

FWP warden captain Jack Austin said game wardens learned that an adult mule deer doe was being illegally held captive on private property north of Forsyth. Along with Rosebud County sheriff’s deputies, game wardens served a search warrant at the property Tuesday morning, at which time they tranquilized and confiscated the captive deer. The deer was transported to a Miles City veterinarian and euthanized.

During the process of confiscating the deer, Austin said, officers arrested the landowners, Daryl and Brenda Duncan, on misdemeanor charges of obstructing a peace officer.

Any charges dealing with holding the deer captive are pending.

FWP wildlife veterinarian Jennifer Ramsey said that, “for the benefit of all wild animals, folks cannot be allowed to keep them. It is hard for folks to understand that you can’t allow some folks to keep wild animals, and not others.”

“People are more accustomed to thinking about the welfare of the individual animal (like they do with their domestic pets), which is of course important,” Ramsey said. “But they’re not as used to the perspective of having to consider the welfare of the population, which is what we have to do for wildlife.”